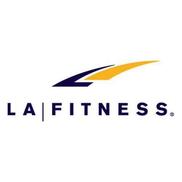 Hello, my name is Harishma Dhanak. On 03/31/08, I signed an agreement with Joe T. for LAFITNESS in Alsip, IL for personal training. I had said that I do not want to be in any contracts and that's why I'm not interested in Bally's. He said it is NOT a contract but a agreement and that you can "get out of it" anytime. I'm not getting the results after meeting my trainer 3 times a week, so I wanted to cancel membership. I spoke with a late 20's white male (wearing white polo shirt)on 06/25/08 and told him I need to cancel. He asked for my information and typed somethings on the computer and said, "it has been cancelled and you won't be billed anymore." I found on 7/28/08 and 8/28/08, I was billed twice more. On 9/1/08, I spoke with Tamara and Jimmy from Alsip, IL location, Kellyn from Corporate, and Joe T from the Lansing, IL location and they said it will be cancelled when 1 year is up. They said the only terms to cancel the agreement was 1.) have a note from doctor saying that you can't ever work out in your life or you died 2.) find someone (friend or family) to transfer your contract to 3.) pay 50% of the remaining of your contract. This is not on the agreement signed but then they told me to look at the checklist. I looked the checklist provided on day 1 and it said " I may voluntarily cancel my agreement at anytime during the initial term by providing written notice of cancellation 30 days prior to my next scheduled payment and paying a termination fee equal to 50% of my remaining balance at the time of notice." I'm paying $320/mo so I thought I would only pay $160 for 50%, but they meant 50% of the entire remaining contract. This was not clear and explained correctly to me initially. I wanted to sign up for 3 months and Joe said that it costs more for 3 months so I just should sign up for 12 months because it's not a contract and I can get out of it. My father was there at the time of signing and he understood it the same way. They're saying it's not a contract but an agreement. But there are only 3 reasons which you can get out of the agreement which was not clear. I went to the Alsip location and spoke to Jimmy. He said that I was the 4th person to come within a couple of weeks with the same kind of complaints. He said Joe was the one that dealt with all those customers. A heard them leave a message with their boss stating "...I need to talk to you about false promises being told to customers..." He said he will get back to me once he gets a call back. I did not hear back in 2 days so I called back left messages with Jimmy with no answer. I researched this on the internet and found that their misleading techniques are common.

Please email or call me [protected] for further information. Thank you for your time.
Harishma Dhanak