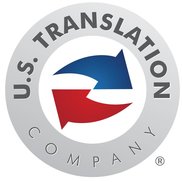 Having problems with U.S. Translation Company?

ComplaintsBoard.com is not affiliated, associated, authorized, endorsed by, or in any way officially connected with U.S. Translation Company.

US Translation Company — Proofreading services promised but then phony excuses

I submitted a quote request on their website. I received an email back and I explained what I needed, and they suggested a certified proofreading of our existing translation. My wife is Japanese Korean and we needed her old Japanese ID card translated, as it showed both Korean and Japanese names on it. We had this done in 2000 by another professional translator who signed and dated each copy individually in ink, and have used it since with great success, but recently some government agencies require a "certified" or "notarized" translation. We agreed a price and I brought the documents by -- the original ID card, and the original translation, which was hand written. They scanned both documents and took my money. A few days later I am told they cannot do it because the original translation is handwritten and they only accept MS Word documents for their translators to work with (supposedly so they can make annotations/corrections). I tried to explain that PDF and Adobe Acrobat works great for making annotations/corrections but they say it is against their standards and policies to do anything else and they cannot help. Of course, for some reason, they can still offer me to re-translate it again for over double the original quote. This is a dead simple, easy job, and by saying they can't do it, they just show their incompetence. If it is against their "standards and policies" why did they accept the documents, scan them, and take my money in the first place? Surely it was against their "standards and policies" when I was standing in their office paying them if it is against their "standards and policies" a few days later. If they cannot do this dead easy job, that should take any competent translator 20 minutes of time, I would never trust them with any moderately complex, let alone complex, translation job. They have shown they are incompetent and inflexible and completely not customer oriented. They wasted a week of my time while I waited for our appointment and an hour of my time while I was there.

The complaint has been investigated and
resolved to the customer's satisfaction
Resolved U.S. Translation Company — Poor quality service

I requested for U.S.Translation Company to translate a medical insurance letter from English to Spanish.

However, the first draft had grammatical errors and when I asked Mr. Laura Jacobs during our phone conversation if she personally had any information about the educational background of the translator she replied, "No." And, I immediately requested for a refund to be issued. She then explained that I received the best translator and I replied “if this was the best translator and cannot imagine the other translators." She simply laughed with no apologies.


From this moment she transferred me to Mr. Zachary Cummings, and offered to fixed this issue and I explained I could not trust in a company that knows little of the educational background of his clients and that this type of incident have never happened to
me before. He apologized and explained that maybe he would issue a partial refund. When I asked if he have issued a refund to a client before, he replied "yes" I explained that I am not happy with their services as there should not be any mistake and that as a client I should be stress free. He replied I will see what I can do and let you know of the outcome.

I received a replied via e-mail by Mr. Zachary Cummings, instead explaining that a refund could not be honor, and I received the final document notarized and certified without my consent and with no further explanation.

After filing a complaint via BBB and sending an e-mail to the president and current project director of U.S. Translation Company addressing the isssue, I received full refund.

U.S. Translation Company
50
%
This company is on the right track to keep up with incoming complaints, but there's still plenty of work to do.