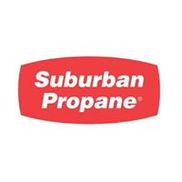 Having problems with Suburban Propane?

Resolved Being FORCED to take propane

One day out of the blue I see a man is dragging his big propane hose across my yard. I stopped him and told him I did not ask for more propane. I had over 3/4 of a tank and I have only a gas stove that I don't use much. He said he had to add propane or take my tank.
So I had to pay for propane I did not need or want.
When I called the manager to complain said it was a misundestanding.
The next year I was sent a bill for Tank Rental. I guess saying you're going to take someone's tank wasn't the right thing to do.
A couple of months ago here is a man yet again dragging his hose across my yard. Another forced tank fill up.
And to add insult to injury I got a bill last month a bill for tank rental.
I've written them and told them this is some racket they have going.
I told them I am about to turn them in to AARP since I live in an Over 55 Mobile Home Park and I am not the only one they've done this to. AARP loves ripping into companies who take advantage of us older folks.
I am also one step from turning them over to a local news station who also loves to get a hold of companies like Suburban.
I told them I will wait a reasonable amount of time for an explanation or I'm throwing them to the dogs.
If you have this type of problem and belong to AARP let them know.
If you have a local news station who will investigate, turn them in.
They need to be stopped and made to pay for ripping people off!

Just had my Propane tank removed without prior notice, the tank was full! I received a letter this year...

Suburban overcharges for propane and I found out why - their customer rep told me they "(we) have higher overhead then other companies, so we have to charge more." What?!!!. They charged us $3.299 per gallon for propane on 1-12-09, $1.15 higher per gallon then other propane companies in our area. Suburban is non-negotiable on their price probably because of their “overhead”. I phoned them in October to set up a "call ahead before deliveries" and to put a gauge on the fuel tank, so we could be prepared to pay the BIG bill. Promises, promises. Needless to say, we are still waiting. Another customer service rep suggested we have the tank removed so we could use another propane company. She was surprised to learn Suburban has a $1500 tank removal fee. Today I paid the $1152.68 and since I was 16 days late they added a 1.5% late fee. So, Suburban actually charged me $3.365 per gallon for this last tank. They tell me the tank will be empty by March 15th, so here we go again. SMZ

Thanks for these posts, which I read with strong self-interest.

I have been having a terrible time with Suburban Propane in upstate New York (Columbia County). We have been getting deliveries even after we have stopped automatic delivery -- with no ticket or invoice left behind. We only recently discovered another 225 gallon delivery (while we were at the house even!) when we called to confirm a credit when they readjusted our price per gallon from the previous two deliveries. They had been charging us a dollar a gallon more before we called them on the prices.

We have been extremely suspicious of their records and their deliveries, as the usage is exorbitant and inconsistent with similar properties (over 1000 gallons in 10 weeks for a weekend house). Our gauge was showing full capacity when they decided to schedule the latest delivery of 225 gallons (out of 500) and it remained the same after they had purportedly fueled up.

When we called to complain about these erratic and inconsistent deliveries/records, we were met with lies, and eventually, attitude, and threats that our house would "freeze up in 3 days" if we stopped delivery. Their true intentions were revealed when they called up our real estate agent to "alarm" them about our cancelling service (which we had not done), and subsequently told me they had a long account with the owner they were interested in protecting. The previous renter had a similarly bad experience with them and actually used another provider.

This whole affair has left a bad taste in our mouths and we are now shopping around for a new propane provider. Even as we do so, we're nervous that we would simply switch from bad to worse, given their reputations.

If anyone has some positive experiences with particular propane companies in my area, I'd gladly take any recommendations.

I recently changed Propane suppliers from Suburban Propane to another company due to huge price differences. Suburban last charged me $4.09 per Gallon versus new company charging $2.45 per gallon. I was told by Suburban that I would be paid for the unused propane in tanks. The cost of propane I had been buying was between $3.79 - $4.09 a gallon. First I had to continually call then for over 2 months to get them to get their tanks picked up. Then today I contact then to see what they are reimbursing me for the 2 tanks, which were both full. I was informed I was receiving $571.00 for 200 gallons. Even if I had only paid $3.50 a gallon I should still be receiving $700.00!! So it appears they are buying it back at around $2.08 a Gallon. Isn't there any place to report these people? This is absolutely ridiculous!

Suburban purchased Agway and the prices have been rising ever since. I called December 14 for a current price...

Their propane tank and services were already at our house when we moved in. We moved in in August of 07 and...

Purchased home in July '08. Was told 76 gallons of propane in the tank was included in this sale. Suburban filled this tank in August, 2008, 33 gallons. I was billed for the 76 gallons in the tank in August. I was then billed for the 33 gallons in September. The August bill was for 76 gallons. The September bill was for 33 gallons delivered in August. They included a late fee with this bill in September, even though I never saw a bill for the 33 gallons. I rec'd a 55 gallon delivery on September 20th as well. I spoke with costumer service several times to inquire why my bill was so high, after several phone calls; I was told the seller was refunded the money for the 76 gallons. I was encouraged to go on a budget by this rep. It was October 15th. I agreed, paid my 55 gallon bill of $199 and was told the budget would be $95/month. I rec'd another bill for $95, for September - October. I called customer service again, they told me this $95 bill was from 10/15 until 10/20 for the budget plan. They're billing cycle begins on the 20th every month, they refuse to prorate it and they refuse to credit my payment for the September 20th delivery toward the budget. This company is double dipping, charging me twice for the exact same propane. Use any other company for your propane needs. This company does not explain their billing policies, their customer service reps lie, and they refuse to correct their mistakes. It is unacceptable with the premium people are paying for petroleum products, the oil companies record profits thatthese companies would have to rip their customers off the way they ripped me off. I'm switching to electric, they lost my business and I hope they go bankrupt.

Suburban Propane
35
%
Not bad, but could've been way better. This company does respond, but not as often as you'd expect them to.