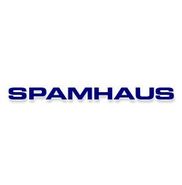 Having problems with Spamhaus?

spamhaus is a fraudulent company

Our IPs were blacklisted by SpamHaus and when we asked our upstream provider who owns the IPs, they refereed...

Spamhaus is blocking my web site. When trying to get it unblocked, they send me to this website on the screenshot attached. In addition, their link to the stinger is invalid:
_________
You have either an open proxy, a virus, a trojan spam-sender or some other sort of security compromise which is causing your IP to be relisted. Always ensure that viruses, trojans and open proxies are removed or secured before trying to delist your IP.
If you run a Microsoft Windows based system, you should download a copy of stinger for Windows from www.nai.com, and fix anything it finds. See "Removing trojans/viruses from your system" in this FAQ for further information. More tools for checking if your PC may be infected are at http://www.mynetwatchman.com/tools/sc/

If after checking your PC for viruses/trojans/worms you are still unable to find the problem, contact the CBL team (see the CBL website http://www.abuseat.org/ for the correct email address).
_______________

Their site itself is riddled with malware and links that don't work. It is a sham!

Spamhaus lists our server's Public IP in your blacklist with explanation that our IP appears in CBL as shown in screenshot below:

Following the reported link, I see our Public IP is NOT listed in at least the past 28 days on CBL and hence there's not option to make removal request as shown in screenshot below:

Now we're getting into trouble in sending email because of this while we're actually NOT listed. We hope Spamhaus will take a look at this and help us to sort this problem out.

Rob Pike aka Rob Shcultz http://herpolhode.com/rob/ https://www.youtube.com/watch?v=cN_DpYBzKso https://www.youtube.com/watch?v=z4iVAcYyWN0 Married to: Renée French www.reneefrench.com Work: 1600 Amphitheatre Parkway Mountain View, CA 94043 Tel: [protected] email: [protected]@google.com Home: 1003 Fremonth St. Menlo Park, CA 94025 Tel: [protected] Tweet Handel: @Rob_Pike Robert Pike (born 1956) is a Canadian software engineer and author. He is best known for his work at Bell Labs, where he was a member of the Unix team and was involved in the creation of the Plan 9 from Bell Labs and Inferno operating systems, as well as the Limbo programming language. Obtained from https://en.wikipedia.org/wiki/Rob_Pike Early 2000 before Spamhaus became recognized, Rob Pike used his Name to address listings.Today he has hidden his profile due to death threats under Rob Shcultz. Rob Pike (ask Rob Shcultz) is using his power @Google and their massive data base of users to spy on ISPs and people without their permission to list their information on SpamHaus’ database and thereby listing their names and IP information to the public and forcing the upstream to terminate them. Do you think Google would allow their employee to force companies to terminate a business using private information considering their long term issues with privacy laws? ISPs must follow the guidelines and to elaborate on this Guidelines and Policy. Here is a Scenario (A small Business Would Do: Jane sets up a Booth at a Tradeshow, Jane has a Tablet and asks visitors to fill out the form so she can email them with sales and Promotional emails every week. Also there is a check box for (Receive additional Related Products from Other Vendors) NOTE: You can unsubscribe anytime you like and the link is at the bottom of all emails that are sent. Jane collects 200, 000 email addresses and sends out promotional and as well as shared her contact list with her friend Joe. Joe also sends out emails and it’s all similar. They make money, everyone is happy. People unsubscribe, no issues to report. (This is NOT allowed by Spamhaus and should be terminated) Spamhaus has a policy to Double OPT in all subscribers. If this is not done, it’s now allowed. If you do not Follow, you will get an SBL, if the account is NOT terminated in a reasonable amount of time or corrected, it will be escalated to next level. So a /29 becomes a /24, if that is ignored that becomes a /20. If an IP gets an SBL and it has NO impact on the Customer because they email Gmail or AOL which has no effect by Spamhaus SBL listing. ISP Should be able to email Spamhaus and say please leave the SBL listing in Place. (So Spamhaus should be happy it’s filtered and the world is safe from spam) NOPE this is NOT the case either. Spamhaus Policy is the Customer has to be terminated regardless of decision to keep the customer. How does Spamhaus have the ability to force any business on the planet to terminate a customer on a say so? Do Companies know that they can do this? Forcing the hand to terminate customers by playing Mafia tactics has to have some protection by some Law Somewhere. They can even force you to terminate ANY customer they feel is not to their standards, No exceptions and No Protection. Follow no Rules, No Law and call it the Spamhaus way? Here is a typical email from Rob Pike aka Rob Shcultz: “Based on our data, we do not believe this IP range will be used for legitimate services, so it will remain listed on the SBL advisory in order to protect our users.” Spamhaus comes back with it was not SBL’d because of the complaints. It was listed because it was clear they were mailing and not by their policy. If a company does NOT follow Spamhaus guidelines, nothing anyone can do about it. Has anyone else had this issue with SpamHaus? We are in the process of filing a lawsuit as many have done in the past against SpamHaus, Rob Pike aka Rob Shcultz (CA resident), Steve Lindford and Google for listing our ISP which has been blacklisted for NO reason whatsoever!

Our customers are not able to access Member Area where they can find registration keys for ordered software. Some of our websites and services are not available or work in improper way as well since we are listed on the Spamhaus Block List (SBL) (Spamhaus' list of spammers) and our IP is being blocked. Our record in the SBL is SBL68915 (89.208.32.0/24).

Fact: Spamhaus have added innocent IP blocks to their blacklists.

Fact: Spamhaus and have added innocent IP blocks to their blacklists. Steve Linford extortionist. The...

UK is now involved with the fraudulent activities below, and are in the jurisdiction to be both criminally...

RCN, RCN web hosting supports Criminal Company Spamhaus. This information stated in this forum post is my opinion and will contain facts to support any claims made against parties within.

DO NOT DO BUSINESS WITH RCN (THEY ARE UNETHICAL)

RCN web hosting shut my server down and discontinued my service after doing business with them for over 1 year. The stated that I was in violation of the AUP (Accepted Use Policies) because I am listed by this criminal organization spamhaus project.

RCN, RCN Web Hosting has joined the list of hosting companies using spamhuas.org. A criminal organization located in the UK. Earlier this year spamhuas was ordered by a US court to turn over their domain. Spamhaus to avoid being ordered to pay an 11.7 million dollar judment against e360 insight.

RCN (RCN.com) has alligned themselves with this criminal organization.

RCN supports criminal organization spamhaus. Spamhaus Project in on the run from US federal Courts.

The board of directors for RCN supporting terrorist organization spamhaus project.

RCN Hosting supports vigilante company spamhaus. DO NOT DO BUSINESS WITH THIS ORGANIZATION.

RCN Corporate Governance. Looks like the board of directors dropped the ball on this one. RCN supports an organization that is on the run from US federal courts. What kind of ethical behavior is this?

Spamhaus
0
%
Doing nothing would be this company's favorite pastime, if they had the energy for it.