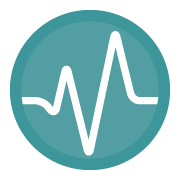 Having problems with RateMDs?

ComplaintsBoard.com is not affiliated, associated, authorized, endorsed by, or in any way officially connected with RateMDs.

I have reached out to the company twice, with this same explanation and have received no response. Thi...

Ratemds blocked my honest 1 star review. I chose a surgeon because I read great reviews on that site.
I have rhinoplasty surgery with him and he botched my nose completely . Cutting off half of my septum. I now need rib that will cost more than 20, 000 to repair to somewhat normalcy.
So I try to tell my story and my review never posted!
I couldn't believe it. I'm disgusted, and enraged with this site because I feel they totally mislead me into the hands of this surgeon.
Now I sit here and think with my botched face how many reviews that had been blocked were never posted that could have save my life.
I literally have no life now, it's not even worth living at the moment because how badly botched my nose is..

Ratemds is a total scam artist site and they protect the surgeons! Please don't take anything you read from there and make any decisions.
I never thought the world could be this cold!

www.ratemds.com — Impossible to reach moderators, but they deleted my reviews

I recently tried to post the review on the website www.ratemds.com. The website is real scam, ‘coz they deleted all my comments and reviews. I tried to reach these moderators and asked about it, but all my complaints were returned back and no idea how to reach them. They are liars and scammers, so be careful and better avoid them. As well as post comments about your experience with them.

As a board certified physician with a good record and good reviews I was stunned to find a horrible...

RateMDs.com claims they give patients the ability to express their honest opinions about their medical providers. This is true in my personal experience with them up to this point.

BUT at their forums you can express anything but your honest opinion. They are controlled by a group of female permanent users or "professional" users, as I write this review, that have anointed themselves as helpless victims of the vagaries of life so it is ok for them to verbally abuse someone outside their circle at RateMds, but if you respond in kind even a little then it would be like hitting an old lady after she smashes into the rear of your car in their eyes and apparently in RateMDs.com founder, John Swapceinski, as well because he enables them.

If you state an opinion not in line with their group think then your opinion will be negated by a "professional" user. If you persist in maintaining your view then several "professional" users will attempt to change your mind. If that doesn't work then you will be ridiculed, insulted, have statements you made taken out of context, your posts will be purposely interpreted as being hostile, you will be labeled a troll, and thrown off the site by RateMDs.com founder, John Swapceinski, or a "professional" user that he gave administrator privileges to.

RateMDs.com needs to come clean in this area if it wants to be recognized as a trusted site by ALL of its users.

RateMDs
20
%
Not bad, but could've been way better. This company does respond, but not as often as you'd expect them to.