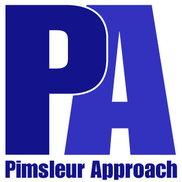 Having problems with Pimsleur Approach?

They sent me a supposedly Free Trial, which I could have refused within 30 days. However their invoice date...

I did order the $9.95 set of cd's. Then I was sent the first Gold course, in which the instructions did...

I think the ads are misleading, I thought I was buying the course for $9.95. Then they sent me a "gold course" (the actual course) for a 30 day trial, to be billed at $59 for 4 installments. I called right away to send it back, they said I have 30 days to use it. I called back within 30 days to return, they gave me another 30 days. This happened for a couple of months. I repeatedly told them that I DO NOT WANT IT and that I closed my acct and wanted to make sure they don't charge me for it. WELL GUESS WHAT... I forgot this month and they charged me $59 for something I never even opened and the bank charged $25 for overdraft fees. I called and they said they'll credit the $59 and not the $25 even tho they could see that I called repeatedly to return it. I'm not even sure what I paid the $9.95 for. VERY DISAPPOINTED.

This company uses the sale of an inexpensive product to get your credit card number. When you order the inexpensive product, they automatically sign you up for a vague accelerated language program with some small text hidden below the button used to submit your order. The text below the submit button is designed to make you think it is about free shipping, but it also contains some even smaller, fainter text that signs you up for an unexplained program by default.

The unexplained program turns out to be a subscription to have more and more language CD's shipped to you every month for $236.00. When you try to return the product and opt out of the "free trial" you never knowingly signed up for, they create various problems and excuses to try to keep charging your credit card as long as they can.

When I explained the situation to my bank, they canceled my old credit card and issued a new one. However, once the scammers attempts to charge your old credit card are declined, they immediately threaten to turn your account over to a collection agency. The BBB has given them a grade of "F" for these practices and revoked their former affiliation. The whole thing is just an elaborate scam to ship language CD's to people that they did not order, and then try very hard to pressure those people into paying for them once they have been shipped.

Pimsleur language tapes started autmaticly arriving an automatic deductions came on my credit card. for tapes i didnt order an service i didnt want . 59.00 each month. I told there customer service i didnt order an didnt want them. they automatic entered me in there gold tape list . I disputed with them an my credit card comapny . Pimsleur says because i didnt return the trail tapes with in 15 days i was billed an started automatic shipping an charges ..each month. january i told them stop an refused any shipments. stop charging me.
This company is scaming people like me . by entering in a program you don not order an want. Be ware.

I bought the Pimsluer language learning product. I only want to try the starter kit of $9.95. Be careful with...

I ordered a $10 introductory CD for Mandarin Chinese. It arrived without incident.
Now I have received an additional Mandarin course which I did not order or authorize ($240 total, four easy installments, 30 day trial), along with congratulations on my new membership. Pretty sleazy business practice!
I am returning the expensive course at my own expense with a FedEx tracking number.
I am also sending a registed letter confirming a phone conversation.

I received a trial of German language CDs that I did not authorize on 12/15/08. When I tried to call the company to advise them that I did not order this, was not interested and wanted to return the item, I was on hold for approximately ten minutes when I was hung up on. I returned the CDs on 12/16/08 by UPS despite the fact that I could not get through to the company.

After ordering the course online and receiving an email that my course had shipped, I expected to receive it...

I was lead to believe via an online advertisement that I was ordering a CD package for learning Mandarin...

A trial offer I paid for with a gift card. I never accepted to enroll in the program contrary to what they...

Pimsleur Approach
0
%
Doing nothing would be this company's favorite pastime, if they had the energy for it.