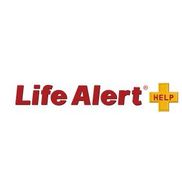 Called company tosee whereI coulr return tha equipment to. For over 37 minutes I was transfered to at least 7 departments or people. They just kept transferring me and putting me on hold so they could check on something. I kept getting transferred around until the last person said there was nothing I could do. They had told me that when I was away from home, and hit the buttin, the GPS would send help to my location. I accidentally hit the unit. The first Responders were sent to my home...I was at the Drs. office...appearently the GPS did not work as told it would. This is a Sham Company. I would not reffer to anyone!!!

I cancelled my service due to financial issues after more than 3 years. 3 months later they took $300 out of my direct deposit dissability check, even after I told them I didnt want their service. leaving me without my rent money. I just want my money back. my name is Cesar Palomares my number is [protected]

I purchased the device for my 86 year old mother who lives in florida. After several months she does not want to use the device anymore. She has very bad knees and is in pain much of the time. She spends most of her time each day with my step father at the memory care facility and he is in the final stages of (7) alzheimer's. I do not want to continue to be forced to pay $70.00 per month for a device that is no longer being used. I feel like they are not being reasonable. I have paid for 15 months so far. So I asked them since my mother can no longer use the device can I transfer it over to another family memory who would be able to use the service. They said "appropriate" paperwork would have to be completed and I would have to purchase another 36 month contract and start all over. If the device can not be used I think it's reasonable to seek another family member rather than to be forced to pay for a device that's not doing anything. I feel i'm being taken advantage of at this point.

I called to request a life alert brochure for a family member. Now I am getting multiple phone calls from 800 numbers. On the voicemail it states that if I don't answer, I will keep receiving multiple calls a day because they just want to verify I got the brochure. I would have gladly answered had I not been threatened in such a manner. Very unprofessional and I'm probably going to take my business elsewhere now because of it.

The current commercial is extremely distasteful, offensive and seems to be aimed at terrifying susceptible, older citizens into buying their dubious service. It does not seem to be ethical to prey upon senior citizens in this manner. They should stop showing this commercial immediately, or at the very least remove the overly dramatic "buy our service or you could die a horrible death (paraphrasing)" parts of it. Just based on this commercial I would tell my own mother to never, ever use this service under any circumstances as the company seems to be in the business of manipulating vulnerable populations.

My Daughter from California set me up with a LIFE ALERT emergency system out of my concern for having to live...

Please remove your add.
I find your commercial with the fallen women at bottom of steps very upsetting.

My mother fell and laid saying help, me help me in a hospital.
It triggers my anxiety. I must change the channel immediately.

If your add needs a previous printed "trigger warning" you should reconsider how your choice will cause others to react.

I cannot watch it or worse even listen to it.

Surely you can come up with a better advertisement campaign.

So I called life alert for my 87 yr old mom. Talked to sales man who made it sound good. Paid my 198.00 for equipment. He told me they would ship it right out and it would arrive on Thursday and a service tech would be out on that Friday. 3 weeks later after I called twice and the same guy said he didn't know why and would call me back. Never happened. Then it's was suppose to have gps but it was not there. So I called back the same sales guy and he says you have to send this and that! Bla bla!! Anyways I live in Vt and my mom in NH. I said Look I just want to cancel. I told him my mom is not going to do all this she is 87 Do Not call her. That man the minute I hung up called my poor mom and walked her through exactly what I told him I was not willing to do. I am just grateful I called my mom the next morning before she had a chance to send. She was very upset. Now they refuse to give me my money back for the equipment. 198.00 for nothing. I feel very much scammed.

If I could leave less than one star I would. It is less about the service and more about the hoops that they...

I'm sure Life Alert is a fine company, however their commercials have much to be desired. The original...

Please discontinue the current ad. It is very upsetting to me. I found my wife passed away a couple of months ago laying on our bedroom floor. Your commercial punishly and painfully reminds me of my traumatic experience. Your old commercials were bad enough. But this latest one is scary and upsetting like a horror movie. I am considering contacting a lawyer to get Life Alert to stop airing this commercial. It is truly way beyond civil. It should be given an R rating

My Father fell and was taken to the Hospital in March 2018. He then entered a Rehab Facility eventually...

For the most part I have been happy with your company. I have used it to support my mother for over 2 years and had one of your representatives do an exemplary job in locating my mother in a local hospital when we did not know where she was. I do have to inform you that the last 2 months have been enough to sour my opinion of the company. My mother went into the hospital at the end of March 2018. I called on March 1st to inquire about closing the contract because the prognosis was not good. She was being helped to breathe at that point as she was unable to breathe on her own. I spoke with a young man who was nice enough, but in a matter of fact way explained that the contract could not be cancelled without a death certificate. He stated he would note the account so that the billing would not happen for the next cycle once you had the certificate.
I called again at the week of May 1st and was instructed to fax the death certificate to stop the billing. I did that same day and the representative emailed me back saying she did not get the attachment (which I did not send because there was a scan of the certificate in the body of the email. I made a separate attachment and emailed it back to her specifically and got no response. I emailed it again to the main email and got no response. I called again on the 4th and finally got the right department after 4 transfers and a being dropped in some persons voicemail box. I got a young man who saw the document and the previous conversations and set up an appointment for the equipment to be picked up. I explained my situation to him and wanted to ensure no further payments would be withdrawn. He told me a payment had been attempted to collect on the 3rd of May, which was after my conversation with your company and the receipt of the death certificate. I explained that I wanted to avoid any more billing and he advised since the status of pick-up was pending the billing would be on hold.
The next day May 5th my account was billed. It is difficult enough to be making arrangements for the loss of a loved one and the last thing we need is for a company we have depended on to appear greedy and uncaring. No provision to suspend billing until a death certificate is provided is a morbid enough way to end a contract, but to continue billing and frustrate a customer during this time is completely unacceptable. Now I must get back with your company to recoup money which is exactly what I told the young man I spoke to on the 4th who assured me that would not be the case.
Unfortunately, you have turned a satisfied customer into one who is extremely dissatisfied by billing me for 2 months of service that you did not render and will be as vocal as possible about my displeasure and recommend alternatives to your service to anyone who will listen.
Harold Myers

On [protected] Life alert was installed. My daughter whom I live with, was there. The installer was very rude...

Trying to discontinue service for 96 yr old loved one who is now in a nursing home is like pulling teeth...

My elderly mother, who has no business engaging and signing contracts, signed up for Life Alert, almost 3...

It has been 3 months and my dad does not use it. I called to cancel and they said that the installer had dad sign a contract and we cannot cancel it without a dr letter stating he has dementia. It is absurd (and a waste of my time) that I now have to obtain a letter and send it in, when NO ONE SHOULD EVER HAVE A PATIENT WITH DEMENTIA SIGN A CONTRACT!

The manager I spoke to was rude, and tried to tell me that my father seemed ok to sign it. (he was not there at install, and he couldn't even give me the installers name)

Manager: Jr
Installation person who had dad sign the contract -- they have no record
Cancellation fee : -- no buy out/fee - you just have to pay it

We contacted Life Alert on behalf of our aunt who had signed up for their service. After years with them, she...

Life Alert Emergency Response
13
%
There is some slight activity coming from this company when it comes down to resolving complaints, but so far it's neither timely, nor relevant.