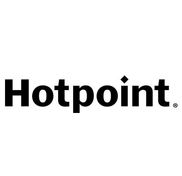 Having problems with Hotpoint / GE Appliances?

I am absolutely shocked my washing machine has blew up and in my whole entire life I have never seen this I am so disgusted with this Hotpoint product... I have children who have special needs and also a small toddler imagine if they was in the kitchen or myself it blew off the glass on the washing machine door and made a burning smell and it only had few clothes in the machine... and if you see the machine it's in brilliant condition but this needs reporting and also needs to be showed and told to the media how it just blew up

I brought a Hotpoint washing machine 2 years ago from very WMXTF 842P whirlpool it was smoking burning on Saturday 09/11/2019 I had just come back from shopping when I noticed the smell when check the door had opened whilst still on cycle should never had happened I am left now with no washing machine, I'm so glad I came home when I did the house could of burnt down. Concerned and upset.
Yours sincerely ruth bird

Purchased just over a year ago and it now has an electrical smell. Worked fine in the morning. So it wasn't like a problem over time. And maybe I could understand it if we used it 10-20 times a day, but it got used 5-10 times a week. Needless to say we unplugged it, didn't want to burn the house down. Went and purchased A different brand of microwave NOT A GE. GE was a waste of $160. Very disappointed with the product.

5mth old fridge freezer has broken down twice, the second time was the weekend before Christmas, engineer was unable to come out until the 30th Dec 2015, I also informed them that it was the same problem as when the engineer came out the first time, and I was correct, after spending 17 min he fixed it saying it will not last long, and said he needed to order new parts, and fridge no longer works, I have lost two freezer loads of food plus a fridge full of food, and I still have no idea when this heap of rubbish will be fixed

General Electric and I reached an agreement that they would and I would split the cost of balliels estimate...

Called Sears about rust running down the front of my refrigerator. Technician shows up says not a warranty...

A service tech came out while we were not home and he was told to call 20-30 minutes prior to arrival so someone would be there. We had to reschedule. The second service guy came out and my husband told him what was wrong with the refrigerator. He was there less than 2o minutes and ordered the parts. The third tech came out and installed 2 parts in less than 1 hour and we were charged $220.00 for labor. We did not have to pay for parts, at least that is what we were told. My husband and I were in shock when he told us the price. I called A&E and was told there is nothing they can do. They do not charge by the hour. They charge by the code for that particular part. I told them they are ripping people off and they lady was very unconcerned. I would not recommend these people to anyone.

We bought a GE refrigerator in 2002 at Best Buy. We paid the Whirlpool delivery people to haul it to the landfill last week. It cost about a grand and over seven years we wasted way more in repair bills and lost food. The worst part is that GE knew it was flawed from day one and chose to sell it anyway. This fact was proven in court when they lost a class action suit regarding mine and thousands of other defective refrigerators. After seven repair attempts in seven years and hours of frustration dealing with GE customer service (what a joke ) their repairman informed us of the flawed design and the class action lawsuit involving our appliance. When I called GE the next day they informed me that the lawsuit deadline had closed the week before and that we were out of luck. The extent of their owner notification (as ordered by the federal court ) was to put some notices in some newspapers. Apparently, mine wasn't one of them. I cannot imagine doing business with a worse company. Save yourself the grief, boycott GE. They are a scourge and a blight and I hope they go out of business for their deceit.

I purchased a Magtag refrigerator from Bray and Scraff and I am having problem with the freezer bulb it kept going out. A repairman
can to access the problem and found out that it needed a part. The part was never order because it was unavailable. I have a service level agreement with General Electric and they called and told me that the part can not be replaced and they will have to replace the refrigerator with another that is equal to or comfortable with what I had. They told me the website to go to and look at the model they choose after I had given them the model and specification of the one I had. I did so, and agree to the one they had selected.
When the refrigerator was delivered by a three party, Appollo Company, the refrigerator was too large and would not fit. I refuse the refrigerator and customer service from GE told me that if I wanted another refrigerator delivered I would have to pay $100.00.
I am requesting that I received another refrigerator because I did my part I sent them the model number of the one I had with all the specifications and I shouldn't have to pay for them not reading what I had sent. I asked customer service do they not read what the customer sent them to make sure that what is being replaced is what's specified! She stated, that is the normal procedure; however, they must did not follow the procedure on this order.
I am requesting that the $100.00 be waiver and I received my refrigerator as planned.
I believe that their is a trust and integrity between the consumer and the customer.

My e-mail address is: velma.[protected]@fms.treas.gov
my day time phone number is: [protected]
Awaiting a reply.

This will be my last GE appliance!

I purchased a GE refrigerator, model # GSH25SGPC SS, it is about 2 years old and I have had no problems until the last three months. The water supply in the door stopped working. Someone told me to take a hair dryer and heat the plastic tubing behind the crisper (not too hot so as to melt the tubing). I did this and also blew warm air around the back of the freezer door where the water is dispensed. Nothing happened until about 15 minutes later when it started working. It worked for a few days and stopped again. I have tried turning the air off that flows to the crisper area, tried turning the temperature up in both the refrigerator and freezer to no avail. I then heated all the same areas again and within an hour it stared dispensing water again. The third time I just went in and pushed and pulled on the tubing and about 20 minutes later it started working again. This time it worked for about four days. I have even tried moving food around in both sides with no results. I have household appliance insurance American Home Shield and they said that the water supply is not covered. I am extremely disgusted and unless something changes, this will be my last GE appliance! I have spoken with others who have the same problem and they have been told by GE to replace the freezer door at a cost of $500.00. Other wise they turn their back to the problem.

The unit in question was designed to fail as the phenolic water line feeding the water dispenser is routed right next to the compressor resulting in the tubing to burn, dry out, crack and start leaking. On the back of the refrigerator there is a warning label which admonishes against using any plastic tubing for the "external" water hook up as it will dry out and leak. It states to use a copper line yet GE uses a non-copper line internal to the refrigerator which probably has a temperature in excess of 120 degrees hotter than the outside water hook up line. Figure this out. Thus GE has designed the refrigerator to fail and it did. I called for service and the GE Technician said he would fix it as delivered. Now why would I spend about $200 only for it to fail again in a matter of months? As an Engineer I find this whole approach to be nothing short of stupid and irresponsible on the part of General Electric. Additionally, GE Customer Relations called me and they don't even have a clue as to what their responsibility is to their customers. I am not inclined to "ever" buy anything that is produced by GE including light bulbs.

I bought a high-end GE refrigerator about a year ago. Shortly after it arrived, it lost all freon. It took a...

Hotpoint / GE Appliances
0
%
Doing nothing would be this company's favorite pastime, if they had the energy for it.