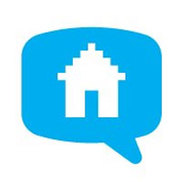 Having problems with Digital Landing?

What a scam! I am surprised that Comcast does nothing about this! I was told when I signed up for Comcast that I would get the $200 gift card. This made all their installation fees doable. There is no phone number for Digital Landing, and no one EVER emails back. I have sent all paperwork and tried to get an answer. Finally, I called Comcast -- they had no idea what I was talking about...sorry they said. Right! Sorry indeed. They obviously knew about this company or how would I have been able to sign up to Comcast. I'm changing from Comcast and plan never to return!

I signed up for the comcast double play through Digital Landing. I made 5 or more calls to receive the $200 promised Amazon gift card and to date no card. During this process each customer service rep would advise me that I had to wait a certain period of time and then call back. Of course, I would call back and get another rep that would give me another time. This went back and forth until I finally get someone on the phone to say they would help and transfer me to a different processing area. I was then told my time was out for getting the promised card, this was followed up with an email that I would not receive my card because no one bothered to tell me they never received the information in the mail. This is a crappy way of doing business and I feel that their reps should take the time to look at all the information on file before making customers go through the notions and waste time. Please do not sign up with this company, YOU ARE TAKING A BIG RISK. Lots of promises, delays and still not card.

I've submitted everything since 6-13-09 and still have not recieved a $75.00 Amazon gift card. This is bogus, because know one will return your calls or even acknowledge phone calls. I continue to call, and still I'm not getting anywhere. I get names, dates and times still no phone calls back. "THIS IS INDEED A FREAKIN SCAM"
Avoid digital landing because they will not honor any rebates.

Failed to Get $125 Amazon Giftcard

On April 13th, 2009 I signed up for Comcast High Speed Internet Service through DIGITAL LANDING. They Had promotion of $125.00 Amazon Gift card, I sent my rebate form and other documents as stated in the form. Here I am after 6 months and still I have not received my Gift Card. For last 3/4 weeks I have been trying to get in touch with them and all they do, giving me run around here and there. I spoke to Supervisors and Managers, no one has clue that what they are doing. You think I will ever again subscribe and service from them or even remotely recommend anyone, yeah right you must be JOKING, or our of your mind.

On Jun 12, 2009 I submitted Comcast cable rebate info EXACTLY as stated on the rebate: 1) completed rebate form 2) copy of order confirmation 3) copy of first three Comcast bill to the required address. It's been 16 weeks but I still have not received $125 Amazon gift card.
I sent an email to [protected]@acceller.com which I got from
http://www.complaintsboard.com/complaints/accellerdigital-landingbuytelco-c86034.html. But no response so far. I'm hoping digital landing people can solve this issue for me if they monitors this site. Otherwise, I may have to contact the state atterney like other folks suggested if I dont get a response soon.
My email: [protected]@gmail.com

I mailed in my paperwork for my Amazon gift cards around the end of Feb. Finally contacted them in June and they said that all was in order that I would receive the emails containing my gift cards at the end of the 16 weeks processing period. After 19 weeks I contacted Jason via email and still have had no response. This should be considered false advertisement and if my issue is not resolved by the end of the week I will be contacting the Better Business Bureau. With this many complaints it is interesting that there is not a class action suite yet.

Last oct, i saw the ad from digitallanding. It will give $125 rebate once i open a new comcast internet service through digitallanding. Then i mailed all documents as they require; and called them many times. They always said i may get my rebate two weeks later. It's almost 6 months. I still don't receive it. I have tried BBB. It didn't work. It's a scam company. Please walk way from the this ###.

Rebate forms submitted on time, with bill copies etc. Communicated with Digital Landing 4/10/2009 after not receiving $250 Amazon Gift Card, and they opened issue #1198 to investigate. On 4/15/09 got email from K. Falcone stating "With regards to your gift card, our systems indicate that we have received the required forms and that you have met all requirements to receive your gift card. We will be sending out the next distribution within the next 3 weeks."
Followed up with K.Falcone on 5/6/09 as gift card had not arrived yet. Received Response: "I have been informed by my supervisor that the next distribution will be this week. If you have not received your rebate gift card by Friday May 8, please notify me."
Well, here it is 5/11/09 and still no $250 Amazon Gift Card. I will wait a couple of days before approaching Comcast to complain about their marketing agreements. They should be aware of what this is doing to their name - I seem not to be the only one that has had problems. Does the FCC get involved in Cable marketing or is the FTC the right agency?

I had a very nice experience with Digital Landing.

After completing all the requirements and waiting for the period stated in the rebate form, I gave their customer service a call. I was given a case number and was told that a supervisor will get in touch with me in 24 hours.

Less than 24 hours I received a very professional email from Karina Alcone indicating that I met the requirements but they are out of the amazon gift card and should have them in few days. In less than 3 days I received another email with the 2 amazon gift cards ($100 ea). I already tried them and they work.

It looks like these guys are running a rebate scam. I have subscribed to their Comcast Double Play Offer in...

It is a total scam. I've received numerous correspondance from 2 individuals. Yet it's been almost 8 months with no gift cards...SCAM. Digital Landing, Acceller and BuyTelco are all shady companies. The following 2 people have been "trying to help"...still no gift card. Go figure.

I ordered Comcast Internet service in May 2008 from Digital Landing, who promised a $125 Amazon gift certificate. I submitted my rebate forms in a precise and timely fashion, and began calling Digital Landing to follow-up in October, and have called numerous times (around 10) since then. Every time, I've been assured that somebody (usually Lily, who "handles" these matters) will look into my case and follow up with me in 1-2 weeks Not once has Digital Landing ever contacted me; they apparently lie to get you off the phone, and hope you'll forget or tire of following up.

I ordered Comcast Triple Play service through Digital Landing with a promise of a $250 Amazon gift card. When...

We signed up for our Comcast service about 9 months ago and as requested, sent in copies of our bills, the rebate form, and all other requested info. We called about a month ago after never receiving our $200 Amazon.com gift card, and were told that they were backed up and we should receive it by November. November is now here and we have not received it. We called back and spoke to a new woman who stated that she had taken over the department involved with distributing the cards. She was horribly rude. She told us that plenty of people had been waiting a lot longer than us and that we will get our gift card when we get it. We then stated "so we may never get it?" and she responded that she could not answer that. Digital Landing is a scam as far as I can tell. Is there anyone that has received their gift card?

No response, not even an email. I have never recieved my $200 amazon gift card in connection with my...

We have evaulated the source of most complaints and would like our customers to note the following. We find...

Today I received an e-mail from Mr. Jason Gallow providing Amazon Gift Card codes in fulfillment of the Comcast sign up offer.

Failed to provide $125.00 Amazon Gift Card in accordance with signup agreement. All instructions were...

My name is Jason Gallow and I work for Acceller/BuyTelco/Digital Landing. I apologize for anybody'...

Digital Landing
0
%
Doing nothing would be this company's favorite pastime, if they had the energy for it.