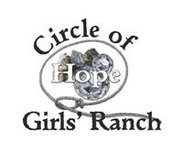 Having problems with Circle Of Hope Girls' Ranch?

Hello I have not personally gone to miss circle of hope but I most definitely am close friends with many of the girls have been there and know the parents as well these girls have been abused both sexually and physically never mind mentally which can be the worst abuse of all sometimes visits in her head and it never goes away it doesn't heal as fast or ever this founders own daughter is exposing them because of how manipulative and abusive they truly are... Shut them down

Abusive and rape of young girls

sickening what they do to these ladies i am absolutly abolished by how this organisation handles and treats woman this place should be taken down immeaditly because there is no reason at all a place that is suppose to "help" a girl that has family issues no they go and rape then beat them and hit them this is not ok this place should br taken down disgusting. sickning

This place is horrible and no girl should have to go through what happens here. It is a cult and they lie about what goes on inside. The girls get physically and mentally abused and forced to not tell their parents what is going on. They get brainwashed into lying and thinking it's their fault they are being harassed. Sending your daughter here to get help will only make it worse. This place should be shut down and the owners should be put in jail. Girls should not be forced to eat or starved depending on their weight, adults should not be forcing the students to hurt the other students, you should not be forced to face a wall wearing only a robe for months on end, you should not have to be scared to ask to use the bathroom, you should not get your feet soaked in bleach for 45 minutes straight, you should not be physically abused for doing something that a man thinks is wrong. There is so many bad things that happen at this place and they lie about it all. Never send your kids here.

The entire thing is an abusive cult

They abuse and torture teenage girls in the name of religion and it's sickening. There's stories of abuse towards disabled and young girls and nothing is being done about it. They choke them and force them to get undressed in front of adults and they force the peers to participate in torturing each other. They are an insult to Christianity and need to be shut down by force.

Ok, I feel the need to say some things so I'm just gonna get right to it! I lived at the Ranch for almost 2 years. I was sent there just like every other girl for behavioral issues. Before I get too deep I would like to say all of us were sent there for a reason and whether we are too prideful to admit the chaos we caused, we did indeed deserve to be there. Yes, there was a shirt system and if u think about it the shirt system can be compared to a merit system. There is a consequence to ever action, good or bad. We make choices, some good or bad but our choices determine our consequence. If we behaved, we were rewarded with responsibly. If we misbehaved our choices led us to demotion. If u think about it, it's just like any job. You do good, you get promoted; if u don't do your job, you get fired. There were certain responsibilities given to every girl based of her skills. Some were in the kitchen, some worked with the animals, some cleaned, some worked in the office..etc. This whole, " the Householders are partial to girls." Is very untrue. And your shirt color has nothing to do with your walk with Christ. You DO NOT have to be saved to get promoted. Not only that but I'm gonna address this whole Bro. House being subject to blondes working for him. I am extremely tan with dark hair and I worked with two other girls for him in his office. It is not a matter of race but you girls who assume that or accuse him of that made it about race. Another thing I would like to address are restraints. Number one it is very legal. Number two people tend to exaggerate things when they want to gain attention. You girls aren't victims and instead of patronizing the Householders you guys need to get your [censored] together. The BIGGEST problem there are the girls. We work so hard to push one another down, we get jealous when we see another girl doing good, we refuse to do what we are told all because what? We didn't get our way? If the girls would work together for the common goal and strive to be better versions of THEMSELVES and not each other the Ranch would be a better place. The Householder have strict ruled, yes but most of us need more order in our lives and doing so helps you when you leave. They are very biblical people whether u want to agree or not but just think about this: if we were in the biblical age and we disrespected our parents we wouldn't be sent to a boarding school, we would be stoned. You girls need to be thankful for what you are given instead of being selfish. Instead of fighting them why don't we take time to think about where we are today and where we were back then and just think about how much you've grown as a person. You guys are truly wasting your time. You guys are angry with yourselves and y'all are taking it out on the Householders and they don't deserve any of it!!! You guys, being the liars that you are chose to draw attention to yourselves by making up stories about the Ranch. I would just like to know what are you gaining? Attention? Like what is it that you truly want. Bro. House loves each and everyone of us. He really does and what do u do?? Your stab him in the back. He would never hurt a girl and the only thing he wanted to break was our ego. Julian is one of the best people I know! He is trying to live a happy life and enjoy it and what to do you guys have to do? Lie about him cuz what y'all have got nothing better to do? All three of the Householders poured there heart out to try and help us and we refused it and then got angry when we weren't getting anywhere. Life is all about making choices and instead of dwelling on the past why don't we make good choices and chose to live a happy and fulfilling life instead of victimizing ourselves. It hasn't gotten you anywhere thus far so let's move on.

not a place for teens struggling

So I was at the ranch from age 16-18. I will spare the details of the torment I went through there. I honestly have pushed it so far back in my mind that I can't remember most of it. (that's how I have to cope with it) I've been out about 7 years now. I suffer from extreme anxiety, depression, and ptsd. I have so many more issues after leaving the ranch then I did when I went in. Was I perfect? No. If I was, then my mother wouldn't have felt the need to send me somewhere. I arrived overweight. I lost over 100 pounds in less than a year. I was thankful for it at the time, but the way it was done wasn't healthy. I have had a thyroid disorder since I was 12. I was supposed to be on medication while there. The householders apparently felt as if they attended medical school, so for 2 years I wasn't allowed to take my medicine because "they didn't believe in it". I couldn't get an education/graduate because they believed that outdoor work was more important than graduating high school. I could go on & on. Tell you about how I was abused by being unecessarily and improperly restrained, how I was forced to stand facing a wall probably 18 hours out of the day for over a month at a time. The list would just go on. I have a lot to say and I hope to find the right person to be able to tell everything too so we can shut this place down. It's been hurting girls for way too long. Please anyone feel free to reach out to me at paizli.[protected]@gmail.com

I went to this boarding school for 15 months, I finally convinced my parents I needed out of this place. Boyd...

Circle Of Hope Girls' Ranch
0
%
Doing nothing would be this company's favorite pastime, if they had the energy for it.