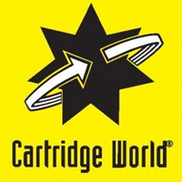 I use 6 to 7 toner cartridges in my business. In 2011 I had some problems with the cartridges from Cartridge...

Last time I was in Cartridge World I bought two recycled inks for my printer. One of them was empty, I took it back to the store a couple of days ago and told the sales girl that when I took it out of it's package, that wasn't sealed properly, I noticed that there wasn't a little strip to pull off. When I told the girl that I wanted a replacement she said no, nothing leaves here empty. You must have made a mistake and used it and just forgot. I told her I did not because when I realized that it was empty I put a rubber band around it so I wouldn't mix it up with the others.

I don't appreciate being called a liar. I don't steal, I don't use up ink and then say I didn't. I'm telling everyone I know what happened and not to trust them. I know many people who shop there. From now on, I'll be buying my printer ink somewhere else, I'll just pay the extra 2.00, it's worth it, at least when you get an empty one, it's replaced without them saying that you're a liar.

Two printer cartridges that I purchased at Cartridge World went bad immediately upon putting them into my HP...

Cartridge World | AFL Private Limited
0
%
Doing nothing would be this company's favorite pastime, if they had the energy for it.