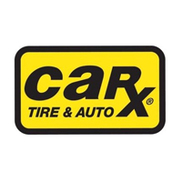 Having problems with Car-X Tire & Auto?

I came to get new tires for my vehicle, and it was a very unpleasant visit. Definitely I will not be coming back.
I asked if they price match for tires and I was told they do. When I started to ask more questions about it the clerk Darryl (don't exactly remember the name) who said to be the manager, was very rude he even yelled at me. I even felt embarrassed and very uncomfortable, for asking questions. There was another lady there in the lobby when all this happened, he literally yelled at me not being helpful and also made me feel very very ashamed and uncomfortable.
I also work in retail and that's no way for him to have spoken to me. I just wanted to save some money. There's nothing wrong with it, I really wanted to leave the shop and not to have any business there, but I also needed the tires. Again, the way I felt was very unacceptable.
I was talked like if I didn't understand English or else.
Very bad and poor customer service from Darryl. It all happened on Friday July 16th at 8 am in the morning on the location on 7050 Watson Rd.

Hello, I made an prior complaint regarding my service on my 07 Cadillac CTS and left an complaint based on...

I notice my car was acting funny Friday 12/20, it was having trouble starting after fueling and I noticed the...

Car-X Tire & Auto — company will not honor their warranty on brake pads.

11 months after first installation, had to have brake pads replaced. They would not honor there warranty...

My car, a 1996 Mazda Miata, was taken to the Huebner location in San Antonio Texas where it was stopping but...

I went to Car x on 08/23/2017 for a problem with uneven tire wear on the right side and rattles, invoice #0341473- arriving between 8 and 9 am told James the customer service representative what my problem was and gave him the keys and the first thing out of his mouth was they (meaning Car X) did like people come and fine out whats wrong with their vehicle then go have the work done somewhere else. I thought that to be very presumptuous of him since he did not know me. Well that being said, when he told me what was wrong with the right front end, I told him to fix after I looked at the tie rod end myself. After the repair I new it would need a front end alignment and that is what they recommended and I told them to go ahead. This was the reason I went to Car X, I new they are suppose to be front end specialist and professionals, that is not what I felt that day. A little more than two weeks later I had tires installed on the truck at a tire specialist business, I believe in having my auto's worked on my the mechanics who specialize in what I need. After having the tires installed the tire specialist checked the alignment and showed me with a readout of what the measurements were and suggested I have a alignment done to avoid uneven tire wear. At that point I told them that I just had a alignment done and I would take the truck back to them and let them straighten the problem out, so I left there and drove back to Car X on Shadeland av. I got there around 1:30 or so James told me I would have to wait 2 or 3 hrs before he would get to me, so I told him I would come back the next morning.
On 09/09/2017 I arrived at Car X at 7:55 gave keys to James along with the alignment read out from the tire place and told him the alignment was off, he told me again I would have to wait 2 or 3 hrs so I did, but he (James) kept asking me what I wanted him to do about the problem, I did understand why he kept asking me that over at least three times, I went and sat in my truck. at 10:27 or so the young guy that James had talk to when I got there that morning and the young man kept looking at me from the garage with a kind of look of contempt while he was talking to James. I got out of the truck and the young got in, I thought he was going to pull it in the bay but he took off in the truck without telling me he was going to test drive it, this was at 10:30 and he did not come back until 10:38. first off I did not appreciate him driving off in my truck without me riding with him and I can tell you exactly were he went by gps he should have told me he was going to test drive my vehicle. number 1 if the alignment was off there was no reason to drive it, he could have check it with the alignment machine and that would have showed him all he needed to see. when he came back he drove it in the alignment bay and he began applying the the wheel assembly for the alignment and was standing in the bay in the walk way, the young guy was hitting the metal assembly up against the chrome rims extremely hard ( this was recorded) and he did every wheel the same way. I walked around the vehicle before I left the bay and discovered there were dents in the rims and the wheel balances on the front tires were gone. that may have been what he was doing when hitting the tires with the tire assembly for the alignment machine. After that another older mechanic came over to the truck after this young guy finish his assault and the older guy said and I quote" Lets see whats wrong with this son of a b[censor]" unquote. I don't know if he was talking about me are the truck either way it insulted me. I did not say anything then but that was when I noticed the dent in the left front rim so I walked around the truck and then notice the balances missing. then the older guy told the younger guy to let the truck down we are through with this. the wheels were balanced when they were put on the truck at the tire store.

I took my car In for an air filter/blower motor inspection. I was told I needed a new air filter and that my...

I went to Car X in Palatine, Illinois, (Off Dundee & Rand Rds), I went there to get my Exhaust fixed, they...

Avoid any CAR - X location at any cost. You will be glad you did. They switch prices on you and want you to...

Nov, 9 2009 took my car to Car-Ex because front wheels were steaming & too hot to touch. They checked it out...

I had such a bad experience, I want to post it on every website. I normally don't get angry but the...

Car-X Tire & Auto
25
%
Not bad, but could've been way better. This company does respond, but not as often as you'd expect them to.