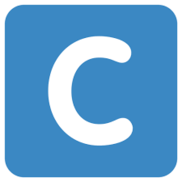 ComplaintsBoard.com is not affiliated, associated, authorized, endorsed by, or in any way officially connected with Cape Cod Roofing & Siding.

I worked in the company Cape Cod Roofing within 3 years, and it was ok. But recently the owner has changed...

Unethical, poor quality, unreliable. Do not use Cape Cod Roofing . The most unprofessional and unethical...

Don't hire Cape Cod Roofing to do anything. I had my roof done over and the crew damaged the house, left...

Cape Cod Roofing & Siding
33
%
Not bad, but could've been way better. This company does respond, but not as often as you'd expect them to.