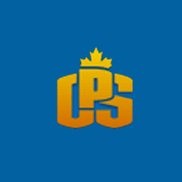 Canadian Payment Services advertise that they offer a personalized concierge when you sign up with them - that was a main reason how they got me as as customer as I was sick of dealing with million of different people from customer service at other merchants. I was so happy that finally there is a merchant offering personalized approach that would allow me to deal with my personal account representative who would be knowledgeable about my business and its nuts and bolts. Unfortunately, they are still not perfect... I do deal with my personal account representative on a day-to-day questions and issues, but once, I've got a problem with my terminal that stopped working and that's when my rep transferred me to their technical support department with lots of people in it supporting clients based on the problem nature so I had to go through 3 different IT guys to get the terminal fixed as apparently, they had to identify what was causing my problem to direct it to the right person to be fixed. I wish their personal concierges would be trained to provide that type of technical support as well so I would be able to deal with my rep on any issues without a need for assistance of their IT department.

Canadian Payment Services, LLC
50
%
This company is on the right track to keep up with incoming complaints, but there's still plenty of work to do.