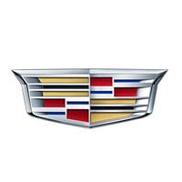 Having problems with Cadillac?

ComplaintsBoard.com is not affiliated, associated, authorized, endorsed by, or in any way officially connected with Cadillac.

Daughter and 2 year old grandson was driving on the freeway and with no warning the brakes went out and scared them almost to death. We had car towed to Chrysler dealership which was close to location and was informed that they wouldn't fix because the lines on brakes was corruted and believed based on location of brakes tubing lines and area of corrosion with no coating on lines or shield to protect from water, salt or rain where clamp connect the brake tubing lines, that it was something GM needed to look at cause it was a safety issue and my family was lucky. Father stating in order to fix or replace line, it had to be bought in bulk and remade and he couldn't guarantee it wouldn't happen again. I contacted GMC and told them about problem and they told me the only way they could look into it, I had to take it to their choice in my state Bud Davis Cadillac. I had to pay another towing fee to have it towed to Bud Davis on Poplar on 12/23/2010. Daughter used other vehicle and went to Bud Davis to let them know car was being towed in. The service Consultant Bruce Levy was rude, disrespectful and had no regard for consumer. He looked over her apprx 15 after being announced she was there. After she finally said something to him, he went on to serve another customer who was a older, white gentleman. She voiced her dissatisfaction and he immediately told her, this is holiday season and I cant look at car until Monday. Monday 12/27/2010, my daughter called Mr. Levy and he said "Yall want something for nothing". My daughter called me and i immediately called mr levi and he became more irritated at me for calling instead of waiting for a call.. He used racial overtone and point blank said"remember its my call". I said what? He said, The vin # states its from up north and high mileage. I asked what do that mean? He stated I'm sure youre complaining so go figure it out. I call back to talk to his boss Mr. Crum and he said I must go along with my guy since yall making this a issue. I asked how do i get in touch with owner of dealership and he said, he is not available, I'm his right hand man .

I believe this situation has not been looked into with regard to safety of my family and others on the road. If a accident or death to any family is occured due to this negligence, it is on you and you have been notified. I father believe I shouldn't haft to pay for assessment that i was told to take it to so GM could get a look. This is a real safety issue and I don't believe Gm has did all it can do to rectify this problem. Please advise Shelia Williams [protected]

Cadillac
Doing nothing would be this company's favorite pastime, if they had the energy for it.