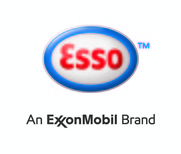 This complaint is being made about the shift working today, August 31st, at 9am. I was using the bathroom for about 6 minutes while my husband was getting a coffee. And I had a rather large man in uniform start banging on the door. I opened it as I was just applying some mascara after going pee. Being pregnant I have to pee alot these days, and he told me that he needed to do maintenance, and was quite rude about it, and he started to say how long I was being in the bathroom, which was really strange seeing as it's a public washroom. Then he said that he needes to use the bathroom and then said there was a line up? Which I then said, it was my boyfriend waiting for me and not a line up at all. Then proceeding to tell me to hurry up again. Then after I closed the door, he started talking about me while my boyfriend could hear, and they got into an argument. They kicked my bf out of the store after the disturbance, but when I come out of the bathroom, I was told if that was my boyfriend I could leave too. The lathes woman at cash then started to raise her voice and say "Did you hear ehat he said to me?!" Which I did not because I was in the bathroom the whole time. I am a professional woman and do not understand why the employees are allowes to disturb customers when they're using the bathroom. And I had nothing to do with what the employee and my boyfriend were arguing about, so I also do not know why I was told to leave. I was leaving anyways but wanted to ask why the employee why I was being bothered in the bathroom when I was literally only 6 mins in the bathroom. I have waited 15 mins a few times for that exact bathroom and noone said anything to them. This man has been rude to me before and I have seen him cause problems with other customers before as well. He should not be working there when he doesn't know how to treat people and doesn't know how to act.

Fueling up with diesel, pump was moving slowly so i stopped and went inside to pay because pay at pump wasnt working. Told the attendant that the pump was moving slowly so i wasnt able to fill up. I left and realized that my fuel gage did not move AT ALL! I paid for fuel i did not get. I have been trying to get a manager to call me to reimburse me for almost two weeks. I have left 4 messages with employees. TERRIBLE TERRIBLE service