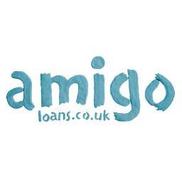 Having problems with Amigo Loans?

My son took out a guarantor loan his father said it was ok but now my husband is in poor health he is worried. No one explained how much he would have to pay back there is no chance they looked at his credit he has not got a bank account he has many debts =02 littlewoods to name a couple the interest rate is awful 49.9% they even gave hima top up loan after 3 payments
Agreement no=[protected].
The borrower= jerry lee cottle 11/09/82
Guarantor= jerry cottle 23/07/61 14 marchburn ave northfield
Aberdeen ab16 7nt

They prey on the weak and vulnerable. They sign up people as guarantors without them understanding the process, they hound them for the debt, they charge 50% interest. A 2k debt becomes nearly £3.5k! They don't even tell you over the phone the total amount of the loan, or what you will repay in total, just the amount going into your account (which is a lot less if they do a 'top up' loan) and the monthly repayments. They are parasitic people. DO NOT USE!

On 28th February at 11.56 am I received a text message from this company telling me I had applied to be a guarantor for someone called Matthew. They were informing me that I didn't meet the criteria.

*I had not even heard of the company.
*I know no-one called Matthew.
*I have never applied for a loan or to be a guarantor with this company or any other. (Apart from a mortgage.)

The message was from *Emily* with a number that I cannot contact. Here's the number they left: +44 [protected]

I would like to know how they obtained my mobile number and name - since they had presumably made inquiries about my credit.
(And in any case I own my house and have substantial savings so the "not worthy of being a guarantor" was odd too!)

I would like them to delete all information they have about me and to apologise for this breach of my privacy.

Amigo Loans are irresponsible lenders and the CEO Glen Crawford takes millions in bonuses and salary off the...

loan I have never agreed to be guarantor

I received the e-mail below today claiming I would be guarantor for a loan for my 14 year old grand daughter. I have never agreed to be guarantor.

Thanks for applying to be a guarantor for Abigail.

To be approved as a guarantor we would need you to have recent or current credit such as credit cards, loans, mortgage or something on finance. From the checks we've run we don't think this to be the case so unfortunately we can't let you be their guarantor.

We will let Abigail know so they can find a new guarantor. For more information, please go to: https://www.amigoloans.co.uk/Be_A_Guarantor, or if you have proof that we've got this wrong, please let us know on: [protected].

This e-mail has been sent by amigoloans.co.uk. for application no [protected]. To cancel your application, click here.

I was guarantor for my son because he had a bad credit rating. He as fell into hard times and we no longer talk because of the debt he as left me in. I now have had a lot of help of step change who have helped me with paying the dept back. The other company I owe to is for £22, 000 and amigo £7, 500 both my sons dept. The other company have been great accepting reduced payments. Amigo have been terrible so far they have issued me with a ccj and have now took me to court and had the amount owing attached to my home. Please no one use them it is a terrible company that will not meet you half way. Myself and my husband our in our 50s have never been in dept and both had good credit rating. We cannot ever get credit again for as long as we live. Once you get a ccj against you even when you have paid the dept of it stays on your file for 6 years.

I took a loan with Amigo Loans a while back, then did a top of the loan. I had to have the loan in order to buy a new car in order to carry on getting to work. Last year I had to change jobs, to a lower paid job due to ill health (which I won't go into here). I contacted Amigo and asked if I could make smaller payments over a longer period, they just said, "if you can't make repayments we'll take them from your guarantor". So I reiterated that I COULD make payments, but was struggling as I'd had to take a pay cut and could I possibly make lower repayments until I was in a better position financially. They 'helped' me by cancelling my Direct Debit, I have no idea how this is meant to be helpful. So, I've been trying my best to pay the £275 per month out of my wages, however I've not been able to pay on time and in full a couple of times, each time they've contacted my guarantor within 7 days to tell them they'll have to pay if I can't. I've contacted Amigo and asked them not to harass my guarantor and that I believed 7 days was an unreasonable amount of time to contact my guarantor, especially as they contact him on the same day they contact me!

I've had a problem paying them this month, due to it being Christmas and New Year and bank holidays. I had a patronising e-mail from them stating that they expect me to budget for the holiday period "just like everyone else". Which is fine if you're not already struggling to pay the bills. Amigo don't seem to understand that I can't afford the repayments and that I'm willing to make lower repayments over a longer period. Other companies have allowed me to do that, Amigo however don't seem to have grasped the concept.

If you're thinking of an Amigo Loan, please DON'T get one! They seem to think we're all psychics and know what's going to happen to us in five years time.

don't get near them

There are plenty competitors like bamboo loan who do not have any hidden charges and do consider your situation if it will changed in the future
My fault was I took in addition to Bamboo loan 10000k for amigo loan. I paid 400 per month just interest.. but couple of months ago I had some issues and ask amigo or to defer it or to extend the loan for couple of months extra allow me to pay this couple of months just 100 pounds.. Here it started
They refused to talk to me over the phone.. latters with very high charges started to come to me and to my guarantor
So I call them back saying ok.. I will start to pay as earlier.. guess what.. they reject and start to harass my guarantor. They asking full amounts with interests immediately and do not consider anything else.
They that on daily basis you, contact your employer to deduct a full some from your salary and never sneer the phone as they know they can get money from your salary or or guarantor salary anyway so they don't bother to deal with you

I now took them to the court and based on what I hear.. too many complaints against this company

taking too many payments

i took out a loan for £3000 originally with FLM loans who were later taken over by Amigo. Terms and...

I'm serving as a guarantor for my nephew to build up some credit since he is young and at University...

Amigo Loans
0
%
Doing nothing would be this company's favorite pastime, if they had the energy for it.