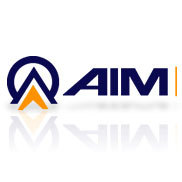 Having problems with AIM Technical Consultants?

Everything here started out fine. My contract stated a paid cell phone plan, the promise of ramping up and managing the very first IT department in this company, and the project manager/operations manager showed such enthusiasm for the future of the company that I was sold after my first interview. I signed a promising contract, was promised a raise after 3 months, and began my employment there. It only took a month for the owner of the company (whom I have never met prior to being hired) to butt heads with my hiring manger before he fired my hiring manager. It was then that I knew things weren't what they seemed. The following week, the owner then threatened to take me out in the parking lot to "handle" me because of the email server being down for more than one day (the situation here was unapproved overtime so they didn't want me to come in and fix the server, yet I get yelled at and threatened for this). The owner than proceeded to stick his nose in everything I was doing. Let me explain something to all of you, the owner knew NOTHING about IT, NOTHING. He was trying to stick his nose into a department that he had no knowledge in (which is why he hired me in the first place, to successfully run this department) and he began to micromanage me to an unbearable breaking point. Within four months of working here, there had been 8 employees (in only a 20 employee work place) that were either fired or let go. The turn around rate there was unbelievable. One friday, memorial weekend to be exact, I got a call, letting me know they were taking my hours down to part time, 20 hours. Well, I guess that meant the raise I was promised wasn't coming. I told me supervisor (the owners brother in law, who also didn't know squat about managing or IT) that I would have to look for work elsewhere because I couldn't afford to only be getting paid half my original pay, bills and all. They decided after a ruined memorial weekend because of me stressing out about my hour deduction, that they were going to keep me on for 40 hours, probably because of the worklog I submitted to everyone showing EVERYTHING I had done since I had been there (trust me, I turned that company around for the better). I finally found an amazing job, got offered 10k more, it was salary, and it was a legitimate corporation with over 200o employees, this was my calling for sure. I turned in my 2 weeks notice, only to have the owner come in (he was rarely in the office) and pull me into the meeting room, only to yell at me one last time about looking for another job, and sent me home that day. Of course, the two weeks I had off work before I started my new job left me in a bind bill wise. I just want to express my strong concern for ANYONE who is thinking of joining this ludicrously ran company. It is only 10 years old, and from what I heard, they have almost gone out of business a total of 3 times. The owner knows NOTHING about running a company, and they can't keep an employee there (who isn't family, 6 of the workers were) for longer than 1 year, there is an obvious reason for that. Please steer clear of AIM Technical Consultants, it is a sham.

AIM Technical Consultants
100
%
This... this rating shouldn't even be possible. Not every mother cares about her own children how this company cares about their customers. Perfect!