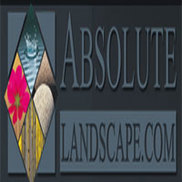 Having problems with Absolute Landscape?

Beware of doing business with this company!

I hired Absolute Landscaping to do lawn maintenance and signed a contract for a year for them to do the normal maintenance of cutting, edging, blowing and trimming the trees. Because of a physical limitation that I have I also added extra services such as weeding and cutting the dead roses off the rose bushes. The extra services were not done on a regular basis and when I brought it to the attention of the owners they assured me the situation would be rectified. However, after several months of those services not being performed I fired the company. They were trying to hold me responsible for two months payment per their contract even though the contract clearly states it can be canceled for non-performance. I agreed to pay half a month but then later decided that I had already paid for services that were not performed. From March to October of 2007 I never received an invoice nor did I hear anything from Absolute Landscaping until I called the wrong number to get my sprinkler system shut off and it was Brad from Absolute. Brad and I then exchanged several emails about the situation and it led to him threatening to put a lien on my house and call his attorney all over $107.00 and him calling me an abrasive northerner. Beware of doing business with this company.

Absolute Landscape
0
%
Doing nothing would be this company's favorite pastime, if they had the energy for it.