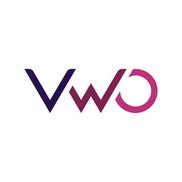 Girls: beware of Sparsh Gupta if you are joining Wingify

Luckily, I resigned from Wingify, The main Lead of the company Sparsh Gupta was big time hitting on not only me but every Vulnerable woman he seems is alone in the city.

He has created multiple accounts on various dating app as well and he looks for easy girl to sleep around, he should be criticized to a great extent however, as I have once worked at Wingify and I don't wish to criticize the company and the CEO.
May God prevail good sense in you.

sparsh gupta of wingify is teasing woman at workplace

Those who are the victims of such cases from the company Wingify Software Pvt. Ltd and are ex employees of VMO or worked at KLJ Tower office at Pitampura or Mundhwa, Pune, please add the below WhatsApp number +91-99****HIDDED*** or send an email to hit*******@gmail.com.

The more weightage will be given if we have numerous victim complaints against him.
Those who want to file it as anonymous, can use the below link to file it individually hiding the identity:

In case, you are still working there and Mr.Sparsh Gupta offers you drink or forces you to go out for some office meeting outside city, please get the whatsapp chat recorded or if you have call records for more than 180 seconds.

We will surely teach this person a lesson who thinks that with money and power he can exploit innocent girls at work who came far from the home to earn bread and butter for the family.
Shame on you #Sparsh Gupta

its a crazy place at https://wingify.com, the lead of the leadership team Sparsh Gupta, CEO of Wingify and VMO Portal is a scammer and tries to hold woman employee, specially those girls who are not local.
I worked in NSP for certain tenure and from the very 1st day Sparsh tried to be very friendly and pushed himself on me. Always, he insisted me to accompany him for trip overseas and asked lot of personal questions, actually he would like to know whther the girl is dating any guy. And the moment, he knows that the girl is vulnerable, he will do lot of [censored] stuff. Personally speaking, he tried to grab me from back and when I raised my voice, he made my life hell at #Wingify

The owner Paras for #Wingify was also not available so finally I had to quit my job.
Life at Wingify was disaster due to Sparsh Gupta, karma is coming behind you, trust me Sparsh

The main reason to join vwo wingify was it's lucrative salary and a good start up company experience, but it has a very dirty politics inside the organization. The Lead team and Sparsh Gupta CEO of Wingify will do everything to get a woman on bed and he will try to make the male counterpart inferior in front of the woman.
I joined the Netaji Subash Place Office in Delhi and I had to quit along with my girlfriend Within 3 months because that [censored]ddd Sparsh Gupta tried to put his hands-On her. Though the company people didnt knew that the girl was in relationship with me but honestly it is not worth to work for a company whose CEO is so creepy personality. I read a few reviews about him after I quit my job, and also came to know about same experience by few of my colleagues.
Also this review may also be subject to get deleted by Sparsh Gupta by paying good money. Call me if you need any help, leaving my phone number and email.
Har*******Hidden****@gmail.com
+91.991********

I am also was one of the victim and that was the main reason I had to quit my job from Wingify. The HR's are so powerless and vulnerable that they cant do anything, I feel theat they are helpless. The new CEO of Wingify Sparsh Gupta, fools around with every new girl into the trap. Initially he portraits as if he is very candid and a kind person and will give you his number to call him anytime in case you face any problem in the organisation. But gradually you will realize that the organisation is not a problem, it is actually Sparsh Gupta is the main problem. He is extreme adulterer and womanizer.

He will offer you to go for a drink after office or he will always find some context to offer you to drive back to home and ask you for going out for a dinner together or sometimes he will offer some business trip together. I couldn't analyze his intentions and been on a dinner and after that he tried to force himself on me; I was lucky to get rid from his trap.

I was so terrified by this act that I couldn't go to office for good 5 days.

The next week when I reached office, The HR asked me to leave the organization and the reasoned that my documents were not been verified by my old company which was again such as untrue event planted by Sparsh Gupta, because I didn't accepted his invitation and negotiate on my dignity.

I given preference to my dignity and quit the job.

Though I submitted my experience on few corporate website but somehow after 7 Days to 10 days everything was deleted; I'm sure Sparsh Gupta paid some money and got it deleted.

I don't even know if this review will be read by anyone else or it will be deleted.

In case you are reading this please don't fall in the honey trap of Sparsh Gupta.
And this is the Naked Truth of Wingify.

#Sparsh Gupta, the CEO of #Wingify will make your life hell if you complain about his mischievous nature and physical abuse at Wingify, he calls on context of something or the other and interrogates about personal life of woman, he Ask me multiple times whether I am dating someone man or do I have any boyfriend or how comfortable the girl is to accompany him in foreign trips?

Not only this, he offered me to accompany him to some restaurant at night and out of station for some meetings.
When I refuse to fall in the trap, my salary was on hold for 10 days, I reached #Paras sir about it and Explained my situation.
Initially, He assured me that the salary will be released in the next 24 hours, But after that he stopped receiving my calls or responding to any of my text and email. Clearly, he was influenced by the bloody Sparsh Gupta, though I have so complaint against Paras Sir.

The [censored] Sparsh Gupta Called me and said that if I don't compromise on situations then I have to look for some other job and anyways my targets are not meeting the company expected standards, When I told him that I'm going to reach the police and woman helpline, He said that I can do whatever I feel like and he can control the situation by money, such a crap person he is.

I came to know from my colleagues that there was one more female whom they abused and finally she had to put down her papers.
I realise that I got stuck in a bad organisation and I have to leave it.
Mr.Sparsh Told me that he will release only 50% of my salary if I put down my papers and don't put on internet about him And the remaining 50% will be released with full and final settlement after sometime.

If the company would have gone through my statistical data they would have appreciated that I have given the company three times the expected turnover which was addressed to me by the HR initially.

Anyways I was feeling pity about myself and finally decided to leave the company.

This all happened because I couldn't compromise and negotiate my respect and dignity with the Womaniser Sparsh Gupta. Female employees please beware about this crap.

VWO / Wingify Software
0
%
Doing nothing would be this company's favorite pastime, if they had the energy for it.