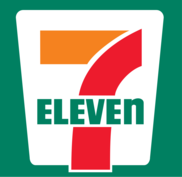 I've worked for a franchise 7 eleven store for about 4 months now. Today they decide to fire me for supposedly coming in and clocking in on my day off when I have witnesses who will state that I never went in that day, but thats the least of my worries. I worked with a Hispanic woman named Veronica, she was a hard worker but it seemed that every time she received her weekly paycheck her child support was taking almost her whole check so she threatened to quit.

The owners of the franchise store didn't want her to leave and asked what they could do for her in order for her to stay. They came to an agreement that they would fire Veronica and then Rehire her under a false name (Monica) and a false Social Security number so she wouldn't have to pay her child support.

They also hired Jaimie who previously worked for that store, but was fired when it became corporate because her background had a misdemeanor for child endangerment on it. When the new owners bought the store they hired her back knowing about her record and she had also stolen from the store. Jaimie was also my roommate and manager and was mad at me when I explained to her that I would be moving out because of her husband doing illegal drugs in front of their 3 year old.

It seems to be that Jaimie was the one to clock me in that day because as manager she has that authority. There's no doubt that the owners of this store are fony and could get in major trouble, and I plan to make that happen.