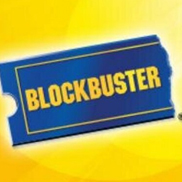 I have never had charges taken out of my bank from Blockbuster for full price of item if not returned on time until recently. I was not notified by my bank on the withdraw of my bank account from blockbuster. Now my account is overdrawn due to the fact that blockbuster took money from my bank account with out my knowledge or permission. I am not going to pay overdrawn fees when Blockbuster took my money with out notice of this action. I have never known for any movie store to withdraw money (full price of game $45.00) from your bank account if the game or movie is returned on time. The money will be refunded when you return the game or movie. I am going to make sure this matter is solved. I will take further action if I do not see my money that your (Blockbuster) company has taken including the overdraft fees back into my account. My next step is to call claims Dept. and deal with them again. I have dealt with Blockbuster on another issue regarding my money taken out with out notice and didn't get a refund from the store which manager told me to call claims dept. I called claims and manager there did not understand why store manger did not refund my money there at the store. I am tired with dealing with poor Blockbuster customer service and the way you manage to take our (customers) money. I called the blockbuster and spoke to Mr. L*, said he was the General Manager and was rude talking over me while I was trying to explain the situation. He said that change of charges have been like that since 2005. Then he said if it happened before then I should have known to happen again. He said "SO BE IT" Oh my goodness, suppose to sound professional? He told me to call District leader at 1.800.940.2232 and leave a message. Blockbuster just lost my business. Still being charged full price for the game my son rented and it is not worth the price since it has been rented out numerous of times before I rented it. I have been charged $45.00 plus my overdraft fees.