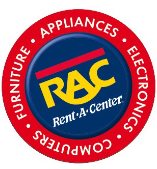 My daughter rented a tv. They called and asked for payment asked them to wait for 2 days when she got paid.
This was on Thurs. Her daughter got sick and she had to take her to the ER 2 days later which was Sat. 11/24,
while she was gone the manager called and spoke to my 73 year old mom with no respect. He told her he wanted the tv.
She told him she couldn't let him go get it because there are dogs in the basement (this is where the tv was).
He told my mom that he would bring the police and have them shoot the dogs. Now, this is very unprofessional on a
manager's part. He also said he didn't care who was there it was HIS and he wanted it back. This is NOT his it belongs
to the rental agency not him. He also told her other things and wouldn't let her say a word. When she did try to say
anything he totally ignored her and continued to talk over her. He was taking it out on her when she had nothing to do
with it. Then Tues. my sister called the costumer service, they put her in touch with the district manager and she
left a message for him to call her back. She never heard from him. So, today I called 11/29 and spoke with a woman
give my mother's, daughter's, and sister's name. She then came back and said that the district manager tried to call
a few times but the phone rang in busy. That was a lie, no one has been on the phone due to waiting for his call, then
she hung up on me. I called back and said that I wanted to speak with someone and I told her I had gotten hung up on and
she did it again. I have already contacted the BBB, the FTC, and the Attorney General and waiting on a reply.