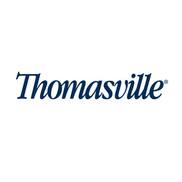 Overall poor customer service and long, long, long wait for delivery. After you purchase the merchandise the...

We were looking for a new sofa, they had a sale, so we stopped in. We really liked the sofa that was on the floor, the firmess, etc and had heard good things about them, so we decided to put half down (just over $1, 000) and we would pay the balance in 6 to 8 weeks when it was delivered after being "custom built" in the carolinas.

Well, after thinking about spending $2, 000 on a sofa, we decided that may be it wasn't the best sofa for us, so we called at 8:00am the next morning (Monday, we made the purchase on Sunday) I was told by my salesman (Mike) that he would have to talk to his manager and see if he could make a call and have it stopped.

I hadn't heard from him in a few hours, so I stopped in to talk to him he said it was too lat, but that I could talk to his manager. His manager said that as soon as they key in the order, the fabric (in the carolinas) is laser cut and the process starts and that there was no way of tracking the order once it was started.

I asked him why it took 6 to 8 weeks if the process started... he didn't really have a good reason for that, but said he was sorry and that there was no way we could get out of it, but that we would love the couch. I called customer service and filed a complaint, the lady I was talking to was laughing out loud when I told her the excuses they gave me. I asked her why she was laughing, she said that I definitely did the right thing by calling so soon (about 18 hours after I had made the purchase.

Not surprisingly, they already have the $1, 000 out of my bank account, it came out on a Sunday... they are committed to getting your money.

If we do get this couch, I'll be sleeping on it, while my wife sleeps on the bed we bought at Levin...