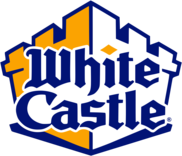 Shepherdsville KY location. Sunday 1/2/22.
Ordered a large order online at approximately 3:30 to pick up at 4:40. Went in to pick up and wasn't greeted for several minutes while most of the women working were chatting, complaining, and bickering. Finally was asked "what do you want?" and told her I ordered online to pick up at 4:40. It was 4:50 and they had not even started the order. They started it but continued to work slowly and ignore customers and mingle and sort of hug and flirt with each other. Bizarre! The lobby was empty for many minutes after us and only a couple drive through cars, so busy was no reason. The food was ok - out of the mustard I requested. I seriously think she did not want to move to get it for me. Also paid for a cup of extra pickles, which were left out and none on most burgers. I bought two sacks of fries, and each were about half full and not hot. I'm not so much complaining about the food, mustard, or missing items, but the service was the worst I have ever seen anywhere. It was 3 of the 5 women there. 2 we're working hard and we're the only ones with their masks on their instead of around their neck. My order was #22016. We went to the onw in Shepherdsville KY this past Saturday and service and wait time was 30 minutes. Food was cold and people nasty. So we gave it another try last night 6/15/21 and less people, and worse service and cold food, and service sucked again. People were joking abut how awful it was and now they can go and get some dinner. The guy taking our order in the middle of my husband giving our order he turns and speaks to someone else ignoring him all together and finally took his order. We waited 30 minutes and finally went up to counter after seeing others that came in behind us getting their food. Well there it was sitting on the counter no one telling us it was ours, or even mentioned anything. When we asked about it they asked for a receipt and of course we never got one. So they asked what we ordered so he repeated it to the girl, and all was there except the chicken waffles (2). We took what was there and it was so cold it almost made us sick. Finally we got out of there after being there an hour. At White Castle... You either need to close it or fire everyone in there.
Cathy Head, 420 Amanda Court Shepherdsville KY 40165