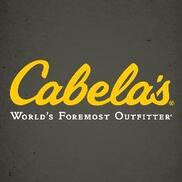 I ordered a gun online to be delivered to store. After driving 1 1/2 hours to pick the gun up, I spent 2 hours dealing with incompetent staff & managers with the end result of not getting the gun. My drivers license has my correct address, but shows the county where it was issued, which is different than the county I reside in. They tried telling me this was not a valid Id because of this. I also provided my marriage license, hunting license, retired state id, social security card & even my wife's info that was the same as mine. 2 entire hours spent on this. The associates refused to provide me with their names so that I could make a complaint & covered up their names on badges. They called an "owner of the store" that I once again explained that I had provided them my valid drivers license & 6 additional documents that were listed as "alternate" on their form for him to tell me they couldn't sell the gun to me because my drivers license has the "wrong county"- which again, is the ISSUED county, not residential county!! I've spent thousands & thousands of dollars at Cabela's, but will never walk through their doors again!! I have taken pics of everything that I provided them & a picture of their required documentation list. What a joke this store is!