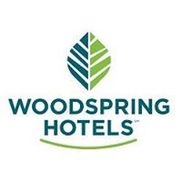 I am disabled and I was put into a regular room. I provided my own elevated commode seat, but urine would go over the front occasionally. I bought my own mop and cleaning supplies and kept the floor clean. After my car was damaged by another resident, the manager and assistant manager claimed that they received a urine odor complaint that urine could be smelled in the hallway and another room. The room #130 was air tight. The walls, ceiling and floors were all sealed up tight. The fire door was tight and no light could be seen around the door. I could smell other people cooking, so the cooking range exhaust was being sent to other people's rooms instead of outside of the hotel. Management was disability shaming and harrassing me, claiming since I was the only one known to have a "urine odor", that the smell had to be coming from my room. The general manager even went so far as to go to the bathroom door and sniff visibly and state that she could smell a little urine odor, which was in the trashcan only. I have a small urine leakage like lots of women my age. The hotel is blaming the visitors for things that the hotel itself is to blame for. Odors are the hotels fault. The only thing connecting the rooms together is the vents and plumbing. This hotel WoodSprings Suites Hotel in North Macon is not keeping their cooking range exhaust vents unclogged and the carbon monoxide is remaining in the building. Also they claim online to be 100% non smoking, but they are constantly allowing people to smoke cigarettes in the building.

I moved to the other WoodSprings Suites Hotel in West Macon, but they also don't take blame for anything and blame everything on the paying customers. I will be doing a separate complaint for that hotel.

But WoodSprings Suites Hotel had a lot of noise also. I heard that they were getting noise complaints about other people there. These hotels should have enough SOUND PROOFING of the rooms, so no one hears others having sex, watching TV, or talking in normal voices, but the hotel, rather than admitting that they are to blame for most of the noise being heard around the building, because of a lack of MINIMUM Sound proofing of the hotel rooms... The hotel 100% of the time, they blamed the paying customers for all the noise complaints. The management never investigates how noise or odors, etc are getting from room to room, she just blames one of the paying customers who don't have any right of self defense. She puts whoever she blames as GUILTY and doesn't give due process of law where you are innocent until proven guilty. Please stop this abusive hotel.