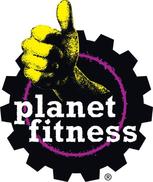 I returned to Florida in October of 2020. I have been using Planet Fitness since I moved to Florida in November of 2012. I spend my summers in Minnesota. I use my headphones to listen to the telecasts that are available. I like to listen to CNN on monitor number 5. I noticed that the audio on monitor number 5 was not working. I mentioned it to the workers behind the counter and was told that the repair technician had been called to repair it. I have been asking since October and they keep telling me that the technician has been called? Here it is in February of 2021 and the monitor still does not have audio. it's obvious that they are giving me the run around. Do they not want people to listen to CNN? Maybe you can help. Thanks

I called and emailed planet fitness since March or April of this year to cancel membership and did not get a...

I had wanted to cancel my membership for a few weeks but didn't know when I had to cancel before I would be charged again so I asked one of the employees. She told me that I had until the 10th to cancel or I would be charged for an additional month. So I decide to hold off for another week. A few days later it is June 1st and I am charged the annual fee. I come into the gym on the 2nd and I ask why I was charged and she said it was the annual fee. I ask if it can be waived because I want to cancel my membership. I had only been with this gym for a little over a year and I didn't remember the annual fee date that was in my membership agreement that I read OVER a year ago. She said it couldn't be waived. I promptly canceled my membership immediately. If the employee I asked about canceling several days earlier had mentioned anything about an annual fee coming up I would have canceled sooner. Because Planet Fitness is franchised they don't care if you are unhappy when you cancel because even if you join another Planet Fitness, they don't see any of your money. I am so unhappy and I feel like I was lied to by omission. The first employee I asked about canceling should have told me to cancel before June 1st or I'd be charged the annual fee. This place is horrible.

I originally signed up for the $10 per mont no contract membership for myself and my granddaugter in...