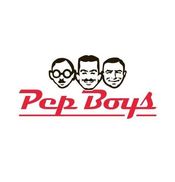 fuel pump need to be replaced. Pep boys installed fuel pump, few days later put gas into car the check engine light came on few days later car would not start. Mechanic looks at it said, car was not getting gas. Call Pep Boys who had car tow. Four days later, after my son call and went there. Car was finally fix. Two days later check engine light came back on. I Went to Pep Boys: Person1, said I need ed to have a diagnostic testing, they do offer free check engine light, which I requested and also wanted them to check there work since my engine light never came on before. Was told by Person 2 who my son had a disagreement with that it was not the fuel pump it was something else, he began to become angry, verbally abuse, yelling saying it was not the fuel pump it was a minor part that he fix for free. That he never wanted to see my car again, I ask him if something happens to the fuel pump it was cover by the warranty, he said he would not honor the warranty, He said he would not check it again, because when I took my car the engine light was not on. The man was very unprofessional, he lied on my son saying he call my son and inform him that he did not need a fuel pump, why would someone pay over $600 for unneeded work. He was mean, rude, out of control.
and down right hostile. Plus I pay 28.05 extra for Pepguard limited extended warranty. If they are refusing to fix my car every again. Money should had been refunded. Plus we had our mechanic with over 50 years experiences inform us this year we needed a fuel pump.

I had in January my car repaired at Pep Boys . They worked on the front axel of my 1997 Honda Accord. They added new cv joints and cv boots . Although the car was riding badly after that, shaking in the first gear especially uphill I thought that it could be something else. In September the problem accentuated creating a hard noise and strong vibrations. I went this time to a local mechanic to fix my car. The mechanic asked me immediately who changed the axel on the car, and stated that the work done on it was absolutely disastrous . He told me that I need to go back to them and have it changed back. Today 10 September I went back them and showed them the written statement from the other mechanic. They made me buy new tires, which I agreed thinking to smooth the problem. But they could not fix the problem on the axel even after 6 hours. Instead, they called me to pick my car telling me how they changed everything. Riding my car I was stupefied to see not only that the same vibrations persist but on top of that there is a bad rattling noise. It looks as a bad as it can be and all on a bill of 1000 dollars. Sounds like a very, very bad joke.
I would appreciate anyone giving some advice on how to handle such a situation and get my car fixed!!!