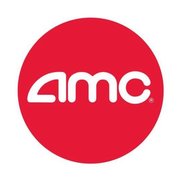 On Sunday, July 20, 2008 at approximately 12:30 pm, my wife and I purchased tickets to see the 2:45 pm viewing of "The Dark Knight". We have decided to wait upstairs in front of the auditorium it was playing in and sat down. There was no ushers present at all and people came and left the auditorium as they pleased. We didn't pay any mind to it because in order to access the upper level that the auditoriums were located, everyone had to show their tickets. For roughly an hour and a half, we waited until finally, the ushers, serving as the maintenance team, arrived to clean up for the next showing. (The one we paid for.) When the auditorium was ready for ticket holders, we showed our ticket stubs and entered. Being that the advertisements were still playing, my wife went out of the auditorium to use the restroom, which was right next to it. The usher there saw her leave the auditorium and enter the restroom. Meanwhile, I was still in the auditorium waiting for her to return. As soon as it dawned on me that I was still holding both of our ticket stubs, I hear her yell out my name. (We were seated near the exit). I went out to see what was going on and she tells me that the same usher, whose name we don't remember, being that all of this event was going by so quickly was being very rude and belligerent about letting her into the theater and telling her co-workers to call security because "some crazy woman is trying to get into the theater" I came in and showed both of our ticket stubs and then she got very rude to the both of us. We then went inside where my wife, shaken by the ordeal, told me exactly what had happened. After I calmed her and myself down, we went past the usher and went directly to speak with Bob, the manager on duty.

After waiting for him to tend to another complaint by a customer who asked for him right before we did, we told Bob exactly what had happened and where it happened. Being that we didn't remember her name, we did describe her (a woman of African-American descent in her early 20's, medium build, around 5'5" with shoulder length wavy hair with a white hairpiece) and even offered to point her out, being that she was still there. He was cold and said that we should have had our tickets ready. I replied that both of us understand the concept of security and never meant to cause any trouble, however, there were other ways this issue could have been handled. To which he replied "Well, I apologize. I'll talk to her. Enjoy the rest of the show."

We were returning to the auditorium and the same usher was talking to her co-worker in front of auditorium 11 (Our seats were in auditorium 12). We didn't realize that it was auditorium 11 until I showed her both of our ticket stubs again. The co-worker said that it was for the one next door, to which the same usher chimed in by sarcastically saying "Oh, they KNOW where they were supposed to go!" We went to our auditorium, overhearing her further saying derogatory things about the both of us.

As I have said, we both understand the concept of security and respect their need to keep it up. However, the usher in question should have addressed the issue differently than how she had addressed it. Being that we were admitted on the floor where they were showing the movies should have been an indicator that we had paid for something and not there to defraud the movie theater. She should not have acted as she had and Bob should have taken the complaints of the customers of AMC more seriously than he had. This ruined what could have been a great experience watching a great movie.

I've tried to contact the corporate headquarters regarding this issue, using the above text as the body of the email. However, the site only gave the phone number to the theatres nearest to us as well as a postal address for their corporate office, which I found strange. (I will send them a letter anyway).