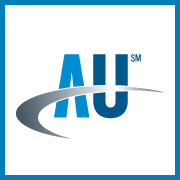 The complaint has been investigated and
resolved to the customer's satisfaction
Resolved Allied Universal / Aus.com — Violation of ethics

The issue I have is the allied Universal manager Jon Rodriguez and the allied universal Oakland Branch. There are not one but many issues that surround him that impact the workplace. Jon was very strict with me but let others off the hook easily. He only cares about the workers being on time (which I had issues with) but does not follow up with anything else which was a issue to me. I would get warnings about attendance while others would do the things I will explain. I also will share my experiences.

-Jon does not text back on messages, on my first day of the job I asked him where the ups building was located. I waited in the car for about 5 min and had to find the building myself causing me to be late.
-Other co workers have told me that they asked Jon (manager) to be transferred to another job location and some are still waiting though it has been almost a year.
-Co workers have been sleeping on the job while trucks are honking to get in, I was told by ups management and those people would get small warnings and come to work the next day without Jon telling them anything.
-Also a co worker told me that they would work nightshifts alone on the weekends and stay the car the whole day and not be present and still get paid.

This makes me question why I was given so many warnings about attendance when the manager cannot even keep up with his workers.

Here is what happened to me:

-Jon went against my whole schedule. I was working on days I had school. I was a part time student who had to take care of family at the house. Jon could not find any hours for me on the weekdays.
-I feel Jon did not even try to find a spot for me and Jon did not give me any other openings at the other site we could work at.
-Jon would always ask me to work days I was not available for, he would ignore what my schedule said on the ehub.
-Jon ignored what the ehub schedule on the app would say all the time and would count my days not going to work as absences when I was just following the ehub (the allied app for schedules and pay checks).
-Also I was told to always follow the ehub. But one day Jon told me that my schedule never changes. So I ignored the ehub showing I did not work on the weekends and decided to go to my regular shift. I was then told I don't work that day and someone else was working my shift!!
-During the end of an overtime shift, my co worker left because her relief came. I was so confused what to do because I was not taught what to do! I then texted jon 30 minutes later and he said to just leave. I was disgusted that he did not ask me earlier. This was not on me but the management the whole allied Universal Oakland branch and how they train their employees.
-Lastly, Jon sent me the address to work at the Oakland Airport and what better did I know. I trusted Jon and the address but I ended up getting lost and being late to work because there was no further instruction! I blame this on myself but the manager too for not explaining. What better did I know? It was my first time going to the Oakland airport.
Everything about Allied Universal goes against being professional.

I hope they find a replacement soon. Yes I signed the papers agreeing to Allied Universal's terms but they do not mean what they say. They are not flexible and do not care about you.

I doubt this issue will be resolved. This is up to the management and no longer my opinion.

I started working for Allied Universal in March of 2018. I noticed in the system it shows my payroll check...