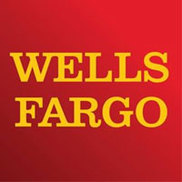 Resolved issued credit took it away

I am a disabled person of working age. I received a large sum of back pay when I took my Social Security judge awarded me over $60, 000. Wells Fargo Investment Services demand I have a Wells Fargo Credit Card.

One year later a card arrived in the mail with a limit of $8, 000. The interest rate was over 17%. I contacted Wells Fargo's credit services and told them I wished to close the account. They advised against that as it would damage my credit. Wells Fargo then proceeded to lower the interest rate on the card.

I invested with Wells Fargo Financial. One expert was fired and Wells Fargo's new investment "expert" advised I take my investment funds and liquidate them. I lost $50, 000.

Two years later when I had once again reached the amount of $8, 000 in debt on my Wells Fargo credit card. I never missed a payment, I never over drafted and Wells Fargo took my card away.

Every time you use your Wells Fargo credit card, you collect points per every dollar spent. These point can later on be used to redeem gift cards and other items as well as for travel related things as hotel nights, flights etc. I ordered gift cards for a total of 16,500 points. The total value of this is appr. $165. After a couple of weeks the letter came. However, the only items in this letter was a packing slip stating what I ordered and a black piece of paper with the note 'Congratulations! Here's Your Rewards. Have Fun'.

I understood that something was not right so I called them up immediately to report that I did not get any gift cards. The woman on the phone could not do anything (as always when you call a company now a days), but had to send it to her managers for investigation.

The story is also that the envelope to the letter had a slit on the side. I assume some under paid worker at either Wells Fargo or the postal office must have found a way to make some extra Christmas money. The managers have now been calling me every 48h to tell me that they are working on it. However, I think in this case I have not done anything wrong. Why should I be punished for this and not receive my cards until they have solved their problem.

I would assume in this case they should send me my replacement cards immediately and then take care of their internal problems later on. Until I have received the letter with the gift cards the problem is completely on their side. They have to deal with the postal service if they believe that someone there have stolen them. I should not be involved in that process and get my ordered items delayed or even refused.

Until I see these gift cards in my mail box I assume they are not willing to send me my replacement cards and they totally ripped me off of these. I have now switched to use another banks credit cards and I will payoff my Wells Fargo credit cards and then probably close that account and totally quit all my personal banking with Wells Fargo.