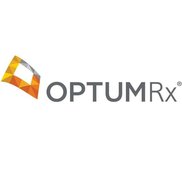 I submitted a request for a prescription for SulfaSALAzine DR TAB 500MG on Tuesday March 16, 2021. On Wednesday March 17, 2021 I received the following email:
We're sorry to inform you that we are unable to complete your OptumRx order number [protected] because the medication is out of stock. Please contact your doctor to get a prescription for another covered medication.
Medication(s) in this order*:
SulXXXXX. I submitted the same request about a month ago and received the same response. I contacted Optumrx only to get the same response. They are out of stock! When asked if they are going to get a supply of this medication, the response was we will put you on a priority list and I should go to a local pharmacy to get the medication. I resent the fact that they, because they can't fill the prescription, are telling me to get my Dr. to prescribe a different medication, one that they can perhaps fill! My Dr. prescribed the medication for a reason!!

Today, I called to inquire about my prescription and I was advised that my refill was not due until Sept. I informed the representative that I would be without my prescription for 3 weeks. He then advised me that my medicine was discontinued. I told him that my Mom received the exact same medicine just 2 days ago. He placed me on hold for 30 mins, then returned to the phone to tell me again that my prescription was not due to refill until Sept. I asked him why he informed me that the prescription was discontinued, he said that is what the notes said. What he was saying made no sense, so I requested to speak to a supervisor. He returned to the phone and informed me that he was trying to get someone to override the date to send my prescription. After waiting on hold again, he informed me that the prescription would be refilled for 60 days, but I had to pay the same price as the 90 day. When I asked why, he placed me on hold and someone by the name of KIMYIA S
took over the call. I asked her why I was paying the same price for a 60 day supply that I normally paid for a 90 days. She RUDELY informed me that United Health Care only allowed a 60 day supply of this medicine. I asked her when that changed, because I've always received a 90 day prescription. Again, she rudely said it was United Health Care and she could not help me. She made absolutely NO ATTEMPT TO FIND OUT OR EXPLAIN. When I asked for her name she sarcastically said "would you like me to spell that?".

I contacted United Health Care and he explained that they only had 60 days remaining on my prescription and because it was a level 3 the cost would be the same. It took him no time at all to explain the issue and inform of what I needed to do to resolve it. He had no idea why I was told that the medicine was discontinued or why Kimyia S informed me that UHC would only allow a 60 day prescription each month. I have NEVER had an issue speaking to someone from another country and I understand that I need to be patient, but this particular representative had absolutely NO IDEA what was going on with my prescription. I was on the phone with him for 50 mins. I finally lost my patience and it made things worse when KIMYIA S took over the call. This is not the only issue I have had with Optumrx, but this was one of the worst. Please train your employees on knowledge and soft skills. This is not the only bad service I have received from Optumrx, but it was one of the worst.