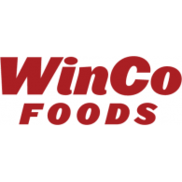 I have been shopping at Winco for a couple of months since I moved here to Boise but I won't be no longer because of the jaw-dropping bad customer service. There have been several instances, so many that I get sick to my stomach just thinking about walking into that store. With the economy being so bad I am trying to save some money buying my groceries cheaper but Winco's low prices shouldn't come with bad service.

The other morning I went to Winco and purchased one item. By the way, Winco has no express lines so no matter what I have I have to wait in line for 10 to 15 minutes. I recently discovered I could check out at the customer service counter as long as I didn't have anything that needed to be weighed. So I took my juice up to the counter and stood behind a lady purchasing a money order. As she was leaving a Winco employee jumped in front of me and placed a bottle of water on the counter and acted like I didn't even exsist! After she paid I told the lady at the customer service counter "I can't believe that just happened." She didn't know what I was talking about so I explained it to her. She didn't even apologize, she stated she didn't see me!

I told her this is why I don't like shopping her. You guys have horrible customer service. She then told me to have a nice day in a very rude demeaning tone.

A few weeks ago I bought a bagel and some yogurt and since I couldn't find any plastic knives I asked the deli if they could cut my bagel and she acted as if I asked the world from her. She sighed and grabbed my bagel and was extremely rude. When I asked her if the deli had any plastic spoons for my yogurt she told me no in a very rude manner. I asked if she could look for me or ask someone and she rudely stated the entire store had no spoons. When I told the store manager he basicly acted as if I was lying saying she is always polite!

I have too many complaints about this store to list here but these are the biggest ones. And it makes no sense that a major grocery store has no express line. The low prices are not worth the lousey service. I am taking my business elsewhere from now on.