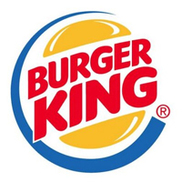 Burger King — Everything at location!

Burger King — Service or lack there of since complaining once before...

My name is Dale M. Kindelberger and I live in Lake Havasu City, Arizona where THE WORST burger king in the world is located.
I complained a while back about the restaurtant being closed down during the National Advertised sale of The Original Whopper for the Original Price of $0.63, I believe... The local restaurant was strategically closed the days that offer was being broadcast all over the airwaves here in Lake Havasu and around the Nation as well.
I have been a fan of the Whopper since it first hit the market and have been a loyal follower of same. I would "have" to have one fairly often, and I was even fan enough to put up with the lack of consistancy in the cooking, wrapping or freshness of that sandwich, just because I have to have one when the urge strikes.
Well, I was actually going to give the pittiful eGift Card #: [protected] to one of the beggars that hang out on street corners here in town all of the time.
My wife decided to have me take her and the family dog, a small dog that ALWAYS gets a "Puppy Patty" where ever we go, when we eat out, he eats out with us, period.
We took the eGift card and went to order our choice and tried to spend as close to what the card provided, as we were not able to order what we normally would. That being a Whopper with Cheese each, she gets fries and I get onion rings and then of course the Puppy Patty and a medium Coke for me and my wife would get a small Coke.
So, we go and I go in to make sure that the eGift card will be accepted. The child that took my order and asked the "manager" if indeed they would accept the eGift card and the "manager" advised that they would accept it.
So, I ordered a Whopper Jr. with no onion, an Original Chicken with extra mayo and of course a small puppy patty.
The little guy "running" the register totalled up my order and it came to $10.58. I gave him my debit card and he charged the card $10.58!?
I asked him if he remembered the eGift card and he answered that he did and he did not know how to refund the difference, the "manager" stepped in and advised that they would not accept the eGift card and it was either I paid the full amount in cash or he would refund my debit card purchase back onto the debit card...
I was once Very disappointed in the burger king restaurant closing to avoid the selling the Whopper for the Nationally advertised price, now however I am left with a HORRIBLE TASTE in my mouth from one of the restaurants I have been frequenting for decades loyally for the food I truly loved!
I am VERY hesitant to EVER frequent another burger king anywhere any time EVER AGAIN.
There aren't words for how I feel. I am going to give the eGift Card to a ditch bum and wish him luck in getting anything edible for himself, I myself will likely NEVER step foot in another buger king in what's left of my lifetime.
SO SAD...

EVER SO DISAPPOINTED IN ARIZONA!