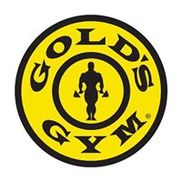 I joined gym in September, signed up for Retreat, which is suppose to be all inclusive. The tanning beds had half the bulbs blown and fans were clogged up with dust..I was afraid of a fire or shock while in the beds. I informed different personnel about it. They gave me the runaround about it not being "Gold's" responsiblity to maintain beds. Found out they weren't even the level of beds that we were promised. This went on for a month. Left several messages for the manager and the owners. They never called back. I finally caught the manager in the gym one day and talked with him about it. He gave me the same BS. I told him I would stop paying my dues and stop using the facility and when he got beds fixed to call me and I would start paying dues and fulfill my contract. He said he would ruin my credit and that the beds would get fixed when they got fixed and there is nothing to be done about it. Ok...I was pissed but I paid my dues and waited It took from mid November to last week of December to get beds fixed. Then the steam room kept being shut down. It went down four weeks ago. They are lying about when that will be fixed. I was told tonight by next week...they said that two weeks ago. I was on phone with husband complaining when a potential customer overheard me. She looked concerned. I explained to her that she should be cautious about signed the contract and make sure to question all their policies and especially about the maintenance protocol. The manager approached me in front of other Gym employees and told me that he would NOT allow me to talk to other customers and that I would need to leave. I was so embarrassed. I couldn't believe it thought it appropriate behavior to "assault" me that way. I left with hands shaking I was so mad. I went to auto parts store...got me window marker and now I ride around with the following: "DON'T JOIN GOLDS GYM...ASK ME WHY' I have already had several people approach me. I also sent a letter to the South Carolina Attorney General's Office and to Gold's Gym. I will be seeking "talking" to other customers and seeking a petition to send to an attorney. Think a class action lawsuit forcing Gold's Gym (Aiken) to change their "cheating, lying" ways. Wish me luck.