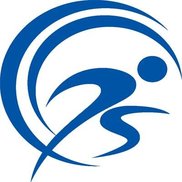 Having problems with Treadmill Doctor?

I bought a walking deck for my treadmill from them and they claimed its a "commercial grade"( allegedly). First of all there is nothing commercial grade about it, Its a simple piece of plywood with some kind of paint on it. and second, it does not match the original walking deck. It was 1/2" longer and was missing the 1/8" rubber mat and the mylar sheet on it. Third, it did not have pre-drilled holes in it. So obviously it did not work. Looks like they have one or two generic decks and that is what they sell. When I called to clarify, they told me it is "commercial grade" and it should work. Well guess what Sherlock, it does not, Since I had already drilled holes to put it in, they told me it can not be returned. now I am stuck with a useless piece of plywood that cost me 200 dollars.

As a fitness equipment repair service based in the Chicago, Milwaukee and Madison areas, we order parts from...

Treadmill Dr is actually 2 very large guys (fat) that claim that they test fitness equipment for their reviews. They do not, they take money from the manufacturers that have them visit their facility and take them out for a nice dinner (or two). They go to some of the shows and barely walk into some of the manufacturers booths and then claim that have tested their equipment for their so called best buys and reviews. Think about it, who would do a review for free and NO monetary gain. It's a business and they are making money off of the products they sell and for those that they don't, they pad their wallets and their ### with visits to their best buy companies. Beware of what you read. Do yourself a favor and check out other reviews like fitness professor and truthaboutfitnessequipmentreviews.com

Did not send part

I had ordered a motor belt for my treadmill from treadmill doctor. I recieved an email to confirm my order. after 2 1/2 weeks waiting and never hearing from them, I called. Waited on hold for a few minutes then spoke with someone about the order. She was very short and not very polite. She put me on hold for a few more minutes then told me they had sent me an email that said there was a problem with my order. I looked through email and found nothing. I also looked through the spam mail and also nothing. I told her I didn't have an email from them except for the comformation email. So she argueed with me that they had sent it even though I had not deleted anything from my email. She then asked if I wanted to reorder the product, without even a sorry for the mix up.

Resolved Did not refund money on return item/No Customer Service

I bought a treadmill belt from treadmilldoctor. It did not fit properly. My mistake- so I had no problem with...

We recently ordered a treadmill walking deck replacement from treadmilldoctor.com and paid for expedited costs to ensure timely delivery (costs of $24+ for shipping). The part not only did not arrive for over two weeks, treadmill doctor was slow to inform and then chose to order from another company to send our deck to us. When it arrived (over two weeks later, and our credit card had been charged since day 1), the part not only was incorrect, it was damaged.The process to replace it was insanely difficult, requiring us to take pictures of the wrong part, and then they asked if we wanted a refund or a replacement part! Of course, we asked for a refund, and found after the fact that the shipping and 15% restocking fee were removed from the costs, netting us a refund of $169 on a purchase of $225!!These practices seem certainly unfair and although it's their "Merchant Policy" in our incident, an exception should have been made considering all of our issues were based on their mistakes, not ours.

I SENT THE TREADMILL DOCTOR THE PARTS ON MY TREADMILL THAT MIGHT BE BAD, AND THEY HAVE NEVER EMAILED ME BACK AND WILL NOT SEND MY PARTS BACK TO ME. VERY UNPROFESSIONAL IN MY OPINION. DONT SEND THEM ANY PARTS YOU WANT TO GET BACK, CAUSE THEY WILL KEEP THEM!!!

Resolved Has not sent our item, but took our money!

We ordered a belt from Treadmill Doctors on Jan. 8. Later we received an email that our item had been fulfilled. They gave us a tracking number to follow up, and a tracking number through Fed-Ex. I called Fed-Ex last night and they said that they had received the information but the item was not called for pick up. I called Treadmill Doctors and was put on hold for a very long time. No one ever answered. I sent emails and they were not answered either. I checked the tracking numbers for the website and there was no item ordered on our account. They are still not answering my emails! Beware!

Treadmill Doctor
63
%
This company definitely cares about its customers and responds to overwhelming majority of complaints.