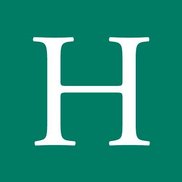 That was the most insulting article on a great man I've ever seen. I've listened to him as much as I could since 1988. He was a very humble man, and his love for this country was beyond approach. I will continue to read your column just because it shows me just how out of touch your reporting is. You could never understand the likings of Rush or most conservative people I know because that would require a little work. The hatred you profess that we have for various groups of people is silly, the hatred you have is displayed most every day. The two authors of this article, please but some work in before you
you judge someone you haven't put time in to research. Your hatred for someone you disagree with, makes you the problem.

While I do not think that I have ever posted a "bad or radical comment"I consider myself to be a "traditional" middle of the road republican. It appears that they use software (logarithms"?) to can for various words that they assume as being"objectionable; however, that process does not consider the context of the word usage or reference. They give users the opportunity to "change the post"; but it is frequently not apparent what they find to be "objectionable:.

They began to reject any and all of my comments, citing their tos; but they have never provided one single reference to anything specific... And I am confident that I have never posted any comments that warrant my being"censored"; and there is simply no way to appeal their censorship actions (if it doesn't get resolved, I will just cancel my paid subscription to aol... And who pays for that any more?)

I certainly am not a radical, neither conservative nor liberal; and I have done nothing to warrant blatant censorship.

To whom it may concern, I was experiencing euphoric vibes after consuming marijuana. I just discovered what appears to be a "typo", in one of your articles. I'm quite disappointed. I believe y'all are more capable than that. That*, ruin a beautiful piece.
Link:
https://m.huffingtonpost.co.uk/brian-john-spencer/arthur-guinness_b_4987884.html

One of your reporters, Sharmine Narwani, tweeted anti-Saudi hate speech over false information, saying that...

I would like to file a complaint on an author who is hosting articles on your platform:
https://www.huffpost.com/author/be-scofield

Be Scofield is an alleged pedophile, engaged in anti spiritual hate-groups and evading legal processes. Here is a link to the abuse claims: https://culture-or-cult.com/index.php/2019/07/17/be_scofield_gurumag_abuse/

I would appreciate it if you would take a look at this link and honor the victims of Be Scofield by removing her as an author for Huffington Post.

Kind regards and thanks for your consideration,
Valerie Loreno

In the past I checked the news every day at HUFFINGTON POST.

I can get to the website, but as soon as I go to any story, I am redicted to Guce.advertising.com, and the story does not load.

This cannot be a surprise to you. There are COMPLAINTS ABOUT IT ALL OVER THE INTERNET!

This has rendered Huffington Post utterly USELESS, and until the company takes responsibility to fixing this glitch, or offers clear instructions to readers who encounter it on their computers, there is no point anymore to coming to your website.

Huffingtonpost has been my favorite source for news. However, I am stunned by the negative bias you are exhibiting regarding the candidacy of Biden. Your extreme left wing bias is showing clearly in your reporting and it is sad to see. I think you are going to be shocked to find out how little negative impact these nasty articles are going to have on Biden going forward. Good luck rationalizing your reporting when Joe Biden secures the nomination instead of any of the far left candidates you champion...

A blog by your contributor Nadine Batchelor Hunt 12/03/2019 is without foundation, and clearly lacks any kind of journalistic integrity.

She claims to feel safe in the Labour Party as a black woman, but not as of Jewish Faith. Somewhat contradictory. To begin with Huffington Post editors by allowing unsubstantiated blogs like this are demeaning the value of Huffington Post as a reliable source of accurate news and considered opinion. Studies indicate that the level of antisemitism within the Labour Party run at less than 0.08%. A dislike of traffic wardens would outweigh this figure by an enormous margin. Ms Batchelor-Hunt is being fundamentally dishonest and purveying faux news and faux opinion. If that is indeed the case, I suggest that Huffington Post divest itself of her services as both a journalist and a blog writer.

The title and some of the content of the article are blatantly racist. Yes, Western audiences are distanced...

This is concerning the article on January 21, 2019 titled, "Trump Makes Surprise Visit to MLK Memorial...

The Huffington Post — moderators/commentary - what the hell is going on?

I have now had several comments deleted (comments which by any standard have been quite tame although...

Shame on y'all. Srsly wtff
I must put a minimum of 350 characters to state the obvious here?!?!??
Un. Freakin. Believeableeeeeeeee. Period. I cannot exit this ad that is taking up my whole page and rederring this article unreadable unless I either a: give up my email address to subscribe to something I did not ask for, (reading more than one article regarding the royal brit family must mean that I want to subscribe, right?!? Not!!) or b: exit the window entirely and start over?!?
Wow. Cookie stealing bleeps

Hello, folks, So listen. I love HuffPost, but FOR THE LOVE OF GOD... PLEASE stop posting ads showing...

The Huffington Post — treatment and doxxing of amy mek

My associates in various areas of industry are wary of criticising or ceasing association with a well known left wing media source but your dishonest treatment of Amy Mek is nothing but misanthropic behaviour by a media site.

Your reputation is tarnished as a result.

You continue to target and encourage the harassment of individuals whilst you yourselves hide behind your own corporate structure.

Your reporting is dishonest and your good name devalued.

Association with yourselves in any form is, unfortunately, looking increasingly unattractive and unwise.

Disappointed. Been with you for several years. You are not what you used to be before. Absolute trash and nothing else. Not interested news, full of political intrigues, articles about Donald Trump... Really, is there anything else in this world besides news about the president?
And by the way, your little improvements weren't necessary.
Shame on you for becoming an ordinary tabloid.

The complaint has been investigated and
resolved to the customer's satisfaction
Resolved The Huffington Post — unfair, unethical treatment on posters

First off, its a pain in the ### to even attempt to try and post a comment or reply on any of the news articles they have.

Second, you cant even post a comment on reply on a lot of news items they have. If you are going to allow comments and replies, then do it FOR EVERYTHING!

And leaving a comment or reply is next to impossible. Doesnt matter if you login first or after you hit the submit button on a comment you want to leave, it reverts back to a sign in page, and when you sign in AGAIN, your comment gets deleted!!

The few times you CAN get a comment or reply posted, the site keeps telling you that your comment was deleted!!
Even after 3 attempts...sometimes it accepts it, sometimes you still get the comment deleted!

NOW they have a popup, when trying to leave a comment, that you HAVE to verify your account on Facebook!!!
What the hell????!!! I DONT want to be on Facebook! They hack into your computer and steal your private information!!! I know, because the ONE time I did make a FB account, thats EXACTLY what they did!!!

WHY the hell should I HAVE to be forced to create some other account to post on that website???!!!
Is Facebook going downhill so fast now, that they are paying other websites to FORCE people to join???


Not only do these idiots NOT know how to run a website, they cant even keep it running where it works half the time!!! Their site is either telling you that your account is "banned" (no reasons given), or it wont let you post a comment or reply at all!!!

Hmmmm...I bet the same idiots who made the government healthcare site made The Huffington Post too!!!

A interesting and developing story in the healines today is a site PrincetonPartners.co.uk & Printceton-Partners.com. Another as we will call it fake diploma site with mounting complaints has cast a RED ALERT.The public or anyone considering placing and order with this site should think twice. When it comes down to it we see that it's another send me a WIRE TRANSFER. Any company that is legit, honest and gives the customer a refundable payment chance we will call is honest. This type of business feeds off of trying to make the customer believe that wire transfers are legit and safe. The FTC and westernunion have stated many times that only criminals with no intention or supplying any product, car etc use and demand wire transfer.

THIS IS A SCAM!

This site is pure left wing! You won't find any conservative views here. They screen all of the responses they get, and guess what?, if they don't like them, they just don't let them get posted. Now, how unbiased is that? I notice on other media sites, that the comments are posted immediately. What this tells me is that the Huffpost is indeed biased and should be rated as low as possible. Comcast needs to do something about this. It will tank in a short time if they do not get more factual unbiased content. The problem is Ariana Huffington. She is as far left as they come, so there you go.

The Huffington Post
11
%
There is some slight activity coming from this company when it comes down to resolving complaints, but so far it's neither timely, nor relevant.