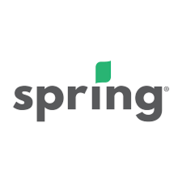 I am here to complain about a company called Spring Financial. They have scammed me out of, approximately $200 CAD so far. Basically when I first heard about it was very short on funds that week, so I applied. Unfortunately my credit card wasn't up to par, so they recommended a credit recovery loan. This loan regards making minimal payments of $56.52 bi-weekly for three years to put me in good standing with creditors. However the representive at the time had told me that once I'm in good standing even within this year, I could have access to te full loan, or at least some of that funds that have also been already paid out. So another week came around, and I was short funds again because I had less hours that work week, so I thought that was a good opportunity to call Spring Financial to get access to some funds. When I had called them they claimed that my account was closed with them and that I had missed three payments. I was quite puzzled by this because prior to weeks ago when I had opened a new bank account and closed the old one, I had called them and notified them that I had done so. I was then instructed to send my account details to an email ([protected]@springfinancial.ca). I assumed that they had received it, and everything was good to go. However according to this other rep, they did not receive my email, but the strange thing is even though they didn't have my updated banking info, they didn't even attempt to contact me, which was the first hint that I had been scammed. I then had explained the reason as to why I had called initially and was told that I couldn't have access to the funds until I made the MISSED payments. So I agreed to schedule those payments, and asked how much funds I would be getting in return. He then told me that even after making the missed payments that I still don't have access to these funds (even as I was promised after being in good standing with creditors which I know I was, because I checked my credit score). I began to get very upset and told him that I wanted to end my 'subscription' (if you will), and was told that I can't stop it until I pay the loan in full, which stands no purpose at all because then I wouldn't be receiving any money in return. I sent an email to the support email and told them not to remove any funds from my account however the following week which was just last Friday I went in my account and saw that they tool two payments. One in the amount of $81.67 and another in the amount of $46.63. I tried to get it back because I was short funds regardless scam or not, to just reschedule when I had more funds posted in my account. This representative stated that je was the only rep in the office and was not in charge of doing so, therefore I had to wait until the following week (which was Monday that had just passed). He so also did state that he would leave a note on my account, and they would call me back. Monday came, no call. Tuesday came, and STILL no call. Obviously they had no intention of calling back, so Tuesday afternoon I left my number in the cue to get a call back and was told by the representative that after making the payment of $81.36 that I still had to pay $2000 even if I wanted to quit the subscription and not get access to the funds even after it was paid. [censored]ING SCAM. It was not in my agreement like she stated, and the first rep I talked to who was an apparent manager of it all, falsely advertised the agreement just to ger me to sign. I was then told that it is a legal agreement and it won't matter if I rip up the contract. Looks like I might actually need legal help. Please do not sign up for this credit recovery loan for Spring Financial. They are stupid ass scamming sons of [censored]es who are only trying to scam you of your money. Excuse my long essay and foul use of language but people get scammed on a daily basis, and these companys corporations and associations need to know that it isn't okay. Especially for someone like me who is currently only making minimum wage, and has less than 2 months basically to figure out a place to live, with fair credit but having many bill payments in collections due to lack of funds, and regulated pay.

Spring Financial
0
%
Doing nothing would be this company's favorite pastime, if they had the energy for it.