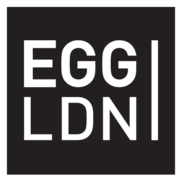 Having problems with Egg London?

ComplaintsBoard.com is not affiliated, associated, authorized, endorsed by, or in any way officially connected with Egg London Customer Service. Initial Egg London complaints should be directed to their team directly. You can find contact details for Egg London above.

Use this comments board to leave complaints and reviews about Egg London. Discuss the issues you have had with Egg London and work with their customer service team to find a resolution.

My friend and I had bought tickets for one of the guys at Egg London and tried to go there. Long queues, you get your ID checked 3 times, security can be quite rude and pushy, some of them were clearly intoxicated. It was late at night and I felt tired and honestly annoyed with all this. The female security was power hungry, she was literally shouting at me, humiliating me, asking several times if I'm alright which seemed like mockery. Would you feel great after such tomfoolery?! Don't think so! I kept answering I'm okay, although her body language and attitude were irritating me and she shouted at me how she doesn't like my attitude and kicked me out. Hun, if you lose it over someone not smiling or someone breathing, don't work as a security! Spoke to one of the security guys later, he let me in the queue again and told me to speak to Mark, tried to look for this person and the crazy female security shouted at me and pushed me out. I tried to address this issue to the management, the security management dismissed it as my body language saying that I've been reluctant to be searched. False! I was not, in fact as the crazy female security with ghetto attitude was shouting at me I told her to just search me up. I just wanted this whole nightmare to finish and to go and enjoy the music. I was also told they'd speak to the promoter to figure some refunds out. I never heard from them again or got any refunds and it's been 5 months

Egg London
Doing nothing would be this company's favorite pastime, if they had the energy for it.