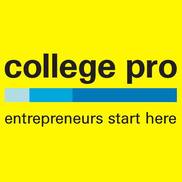 Having problems with College Pro Painters?

Hello I am complaining about the guy named Gardlean his number is +[protected] My name is Nikhil...

We brought in Matt in Belmont, MA from College Pro. He gave us two quotes. One on painting the house ($3700...

They do NOT prep the surface prior to painting and then claim the warranty doesn't cover decks or steps. I...

We had an appointment with College Pro Window Cleaning - the young gentleman was even kind enough to leave...

The workers were sloppy, leaving full paint jars open to dry out. The went into our shed to "borrow" a ladder...

We contracted College Pro to repaint our 100 year old heritage home. They assured us that they had experience...

College Pro Painters showed up with a crew of inexperienced painters. We had to keep checking their work...

College Pro Painters — Did not finish job after payment

College pro painters-told them house was going for sale neeeded job done in x amount of days due to real estate photos being taken.Arrived 5 hours late day one, day two worked late ran out of paint said forgot the door colour -I paid in full, they were to return to finish job next am. Morning of received a called to say she made a mistake in rate wanted 180 more dollars to finish job. - I said no sorry you quoted me last week andd I paid you in full she hung up on me and they never came back to finish!

I live in the Pacific NW and they wanted to paint in November and December to finish a job that should have been completed in September (including taking my door off for a few days). They finally gave up trying to force me to complete the project in the dead of winter (so they could count the sale for 2010). Finally contacted me in May 2011 to complete the job. All they wanted was to get contract signed off and did a very poor job of completion. Ruined my front door. Will cost me about $800 to fix. Do not use College Pro!

We hired College Pro to paint our 20' high entry way after we painted the living room and adjoining...

I don't even know where some people are coming up with this stuff. I really don't know how to counter these accusations as they just don't make any sense to me at all.

College pro is not a pyramid scheme. Do your research on what it means to run a franchise. Of course College pro does not warranty decks and things that it just wouldn't make sense for ANY painting company to warranty based on the severity of use. This site is for poor-sports who need a scapegoat for their problems I suppose.

Yes you may think I am biased as I am just starting up as a franchisee with College pro but in reality I was very skeptical of signing on based on the financial risks and the people bashing them on websites such as this. But I did what EVERYONE here should do and that is EDUCATE YOURSELF. Educate yourself on franchises, college pro's process(for all people involved), painting procedures and warranties across the board, etc. Of course College Pro ends up getting some franchisees who turn out to be bad seeds (as seem to be a lot on this site) and those people don't do well (screwing up people's homes) and then they don't make any money and then all of their problems are of course to blame on college pro.

Being that anyone can post on this site without being registered should be the biggest red flag to anyone reading that it is SO easy for anyone to come post ANYTHING on this site. They can post as many times as they want and anything that they want.

The biggest problem I can see here is uneducation. It's just sad really. This message most likely won't even begin to reach those people it is targeted at because they are just so set in their ways and have such miserable lives.

So keep this in mind when making a decision to use College Pro Painters; College Pro has been around for 40 years. 40! It is a company based on providing learning experiences in management to students. There sure seems like a lot of bad posts on here: and there definitely are but you're coming to a site that's BUSINESS is based on providing people a place to whine. Let's say there are 2000 complaints on here. College Pro has painted over 250 000 homes. Let's consider that maybe even 5000 more people were not satisfied with their painting experience. That's a whopping 2.8% people!

From my experience so far my faith in College Pro has only grown. I am currently only marketing (cold calling as they call it) and yes I have come across a few customers so far who haven't been overly thrilled with College Pro (some admit that they can't even remember if it was College Pro or one of the other student based painting companies) but for the most part people are more than thrilled with the work that College Pro has provided in the area (them, their neighbours, etc).

The negative comments you post on here will not slow College Pro down. There are far more positive experiences everyday than negative and the tenacious franchisees are going to continue to blind out the weak ones. Those managers are weeded out and the best ones stick around for years and then move up within the company or go on to run other successful companies.

It's too bad there couldn't be a site praising any companies work that people could believe. But humans as a hole want drama and they crave negativity.

My purpose of this isn't really to promote College Pro. I'm just so sick of people not knowing how to function in the world (and why should they when the education system is so clearly flawed). If there is one thing I'm sure everyone has learned in school and should remember it's "caveat emptor". Remember this phrase in not only dealing with your purchases but every aspect of life. Don't just eat up what people tell you. "Learn the path, and then make your own path."

College Pro Painters — Took my money and never came to paint my house. You can't reach them

College Pro Painters took my money and never came to paint my house in Charleston WV. You cannot reach them, only an answering service that has no effect. The service will not give you a mailing address or a phone number of anyone at the actual College Pro Painters if they do exist. I don't believe it is an actual company but rather an elaborate false front. I am filing a suit with the WV State Attorney General' s Office. Buyer Beware! The answering service is very rude and staffed by a bunch of brainless idiots. This is awful.

I worked for College Pro in the summer of 2006. Our boss would, without fail, under budget the time it would take to paint a house. He also told us that we would be compensated for the estimated hours a job would take, not how many hours we actually worked.

Therefore, on some jobs, I got paid less than $100 for the whole house, or under $1.75/hr. On top of College Pro giving me slave wages, my 'foreman', who was an idiot and did nothing the whole time anyway, stole $1000 cash out of my glove box.

I had the money locked in my glove box because I was having car troubles and was going to the dealership after work and NEEDED THE MONEY TO FIX MY CAR TO GET TO WORK!!! When he gave me my $89 paycheck, he saw the money in my wallet when I opened it to put my pay check in. When we went to lunch, he was unusually interested in how my car worked, every little thing, including how to open the glove box.

After lunch when I was on the roof of the house, he asked me for my keys because he had 'forgotten something' in my car. For the rest of the day (it also, through some awful coincidence, his last day) he was acting strange, he took off his shoes, was smoking stupid little cheap gas station cigars and saying he should work undercover or something along those lines. After work I discovered the money was all gone, save $3.

Not only did College Pro pay me less than an indentured servant would hope to make, they stole my time, dignity and $1000. Never, ever, ever, ever trust or use College Pro. By the way, we did AWFUL work, and that seemed to be encouraged.

College Pro is AWFUL!!! Having them in to paint the interior of my Mother's home has been the worst...

The complaint has been investigated and
resolved to the customer's satisfaction
Resolved College Pro Painters — DO NOT WORK/BUY FROM THEM.

I worked as a franchisee for Collegepro this past summer, and let me tell you - it was HELL! do not work here...

I hired College Pro Painters in Aug/2009 for the worst paint job ever. Poor preparation by 3 painters due to...

I fully agree with all other dissatisfied customers. We had no general manager as stated per company...

Painted my deck three times (didn't put out a sign, and other works kept walking on it!), and the kid...

College Pro Painters
52
%
This company definitely cares about its customers and responds to overwhelming majority of complaints.