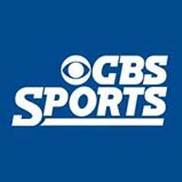 ComplaintsBoard.com is not affiliated, associated, authorized, endorsed by, or in any way officially connected with CBS Sports / CBS Interactive.

Every time the Browns have played the Steelers on CBS the announcers led by Coach Bill C. a previous Steeler coach they always favor Pittsburg. The constantly show favoritism and they're never neutral.
Announcer should analysis the teams during half time and breaks. But as a 26 year Army veteran, I do not need their personal opinions and constant highlight of the Steelers. Right now they are comparing the 4-0 steeler with the great Steelers.
What about providing a positive comment about the Brown Coach Bill C. What about comments made by Steelers players last year.

Please replace them the next time this is a prime time game. Again, negative comment about the browns and wow for their Steelers.

Dear Sirs,
I believe it was a terrible mistake to fire Tom Bergeron and Erin Andrews, especially in light of the fact that there is no audience. Tom's ability to improvise with humor and Erin's "Presence" reLly made a difference to this show. This is the first season where .I have already missed two shows. My wife and I previously ever missed a show and have attended every live performance both in our area and out of it. The producers have made a HUGE MISTAKE. We are so sorry for your decision. I know this complaint will mean nothing to the people who have made decision. And that is a real shame.
Bart Hall. [protected]@fredhall..com

I am writing to tell you how completely disgusted I am with CBS and sports announcer Gary Danielson. I...

I could take or leave his work during games. But after his irrational and deplorable comments and behavior this past Saturday, I vow that if I ever turn the channel to watch a game on CBS, and he is working the game, I will immediately switch channels. And I know I am not alone. The fact that he has said nothing to this time shows me what a classless, pathetic man he is. He is your problem now.

I find myself turning the channel on any game that Dan Fouts is commentating. He obviously attempts to influence games decisions with his commentary.
I see similar acts of political bias on your news coverage of non sporting show's.
The above will effect my viewing habits of all your other programming. Fouts needs a new job doing something else at the very least!

Would you please get rid of "Dottie"! There are plenty of womens golf tournaments she can narrate. Her mono-tone voice and lack of knowledge of the game is sickening. Whenever she is on I watch the match with the volume muted, no [censored]! It's a shame to ruin such a great sport letting a woman in to voice her very unprofessional opinions. I don't know where she came from but she can go back! I am not alone in this request, just ask any male golfer.

It is a shame that CBS has dropped its service on Direct TV. I live in Rural America and satellite TV is the only way to get the local stations. It is really bad customer service and then you have the nerve to say if you want to watch us you will have to pay for streaming. That costs more money. People out here are poor or on fixed incomes or they have to drive an hour or more to work.

It has been more than a week since cbs stopped being available on direct tv. Apparently cbs wants us to buy into cbs all access for a fee, or miss all their shows. Due to my vision, I can't really watch tv on a tiny computer screen, so I am forced to miss all my favorite cbs shows.

Why is cbs refusing to be seen on direct tv? According to direct tv, it's because cbs has raised their rate, wanting to be paid more than any other network. They also say cbs refused the rate that direct tv offered.

When will this be resolved, and is direct tv going to be forced to charge us more, in order to keep one network happy?

Peter Kostis has been around for years and instead of growing as a golf commentator he has been in a steady...

How is it you have a panel of four African American announcers at half time of the Michigan State / Duke game and they cut over to the white guy who has a scripted joke about coaches telling him they will win the Tournament and hes says one must have lied to him... so the four African Americans have an intellectual conversation about the game then turn it over to a white guy and he comes off as stupid and out of touch about the game.. in my opinion this is racist!! Reverse racism if that helps define it. Makes me sick to see this. If this situation was reversed it would have been all over the media as racist... CBS needs to understand this is offensive..

My mother n laws funeral was today. She would always watch Dancing with the Stars and call my wife to discu...

I am a Tennessee fan and have been my whole life and I know we are in a rebuilding period but I am so sick of...

This game has been advertised as starting on your network at 4:30. It finally came on at 5:05 and is halfway...

I'm filing a complaint against commentator Tony Romo. He was IN Foxboro MASS as a commentator FOR The New...

I have been in Cbs fantasy football league for 15 years now with multiple teams. This year they have not sent out the draft kits ordered months ago and I cannot get a reply on email nor when I tried the Cbs customer store #. I will not be paying 170$ per league next year any longer if this isn't resolved ASAP I'm now having to spend more outta pocket! I need my draft kits within 7 days or I will be cancelling further ties with Cbs sports fantasy football. They cost 45$ on amazon to replace and it's the only avenue I have at this time because no one is willing to correct the error on cbs side.

My email is [protected]@hotmail.com
And address is 271 Andrea ave linden mi 48451

Listening to the broadcast of the Kentucky versus Kansas State game. The commentators are clearly biased against Kentucky. I don't think the official Kansas State radio broadcast would be any more lopsided with Pro Kansas State comments. From bragging of Grant Hill on a cell phone text about how great Kansas state is to the multiple clips of Kansas State players parents in the stands.
If you want to have one sided commentators, at least have an alternative channel for those that don't want to hear their crap

How many people have complained about Gary McCord? Time and again, he makes this great sport of golf...

esterday's Iron Bowl coverage with Gary Danielson was so critical of Auburn and coach "Gus Miles", that I had to spout off. The game held in Auburn, AL, on 11/25/2017, was SSSSSOOOOOO exciting that I don't remember all of the unprofessional comments made, but here are a few. Danielson called Auburn's coach "Coach Miles"...what? Danielson commented on the fact that Coach Kirby Smart reported so many complaints regarding Auburn's defense during the Georgia game. Whether or not plays from two weeks ago from the losing coach should not be brought up. Toward the end of the game when AL was desperate, Danielson commented "Coach Malzahn needs to call a time out! His defense is gassed!". Obviously not as Hurts was desperate and lost even more yardage. Then, he made a comment about what Coach M. had said after the GA "upset", that "we just beat the dog blank outta' them", alluding to MILLIONS that Coach had said"s[censor]" instead of "crap". I agree that the words are synonyms, but why bring it up? He has never been an impartial commentator and I HATE seeing Auburn on CBS SEC games. Todd Blackledge, and other ESPM commentators are so much more professional and UNBIASED.

CBS Sports / CBS Interactive
0
%
Doing nothing would be this company's favorite pastime, if they had the energy for it.