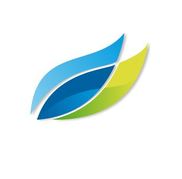 Having problems with Ardyss?

A distributor with Ardyss international will not send me my refund for a wonder bra that was to big and had to be returned. I have been waiting for the refund since November, when she told me over the phone she would send it. The bra was on back order and some time had past and I had not heard from her so decided to ask for the refund. I called Ardyss and they turned their back on me and said it was between me and their distributor they said they only deal with distributors not the customer, the C/S rep kept repeating this to me even after I told her the distributor would not return my calls.

Regardless of the comments from other distributors about how it is not Ardyss international's fault; The consumer bought a product made by Ardyss, from a distributor who works for and gets a paid by Ardyss and who signed a contract with Aardyss. So why can't both the distributor and Ardyss be responsible for Consumber issues Both Ardyss and the distributor received
cash from me and I received nothing not even the refund. What makes this
wrong is the distributor represented herself as a professional, caring person working under the umbrella of Ardyss. There should be someting in place for these types of matters within the Ardyss organization. A question for Ardyss, do you conduct background checks on the people you hire /contract to sell your product to the public?

2/27/10 update: I am still waiting for a refund, the distributor called me and told me I was harassing her and disrespecting her and if I don't stop texting her she would report me to the police (HUH); I did what Ardyss instructed me to do keep contacting her until she calls me back. If she had just sent the refund as promised I would not have contacted her.

So in closing I would like to say; Ardyss may not be in business long and should have anticipated these types of issues first and not later. It is too late
I will inform consumers that Ardyss does not help with bad distributos who rip off their paying customers.
The products or good quality too bad I can't say that about Administrative Services/Customer Service Dept of Ardyss.

I was a ditributor for Ardyss International until they sent me a garment that had already been worn for the price of a brand new one. Customer service was soooooo rude, that I had to contact an attorney to get them to refund my money. I do not recommend anybody to purchase anything from this company!!!11

i had purchased the body magic and the le vive juice from a woman named vonnie who came to my beauty school i...

I bought a corsymen white- a reshaping garment-for my husband, from Ardyss International: http://www.ardysslife.com/?ID=bbfashion. My husband put it on and instantly all his big tommy was gone. He becomes very slim, almost 20 years younger. He has improved his image greatly and feels very confident. Ardyss reshaping garments are great! we all love them!

On 19 Nov 2009 I purchased a Body Majic garment from a rep.Chaunita Boyd with the help of her mother, Carolyn...

I have been a distributor for Ardyss for a couple months now and dealing with returns that are "defective" have been a nightmare. 90% of the bodymagics I have sold have been defective. The snaps went crooked for two of them in one week and the hooks on another were pulled out so the abdomen is showing. And the others have been smaller than their measuring chart size. It is going on a month and have not received a refund on my items they guaranteed as a refund. Customer service hangs up on me the majority of the time or places the phone on mute so you have no other choice but to hang up. The tshirts seem to hold up good. And levive is good too.

paid for product, have not received

I went to a beauty shop and while there a rep of Ardyss had me try on a Body Magic. Of course I loved the results so I purchased it.
After wearing it for 1 week, 2 hooks fell off and I moved thru all 3 rows of hook and it is now too big. I spoke to the rep and she admitted she gave me the wrong size!! and that is why it is too big now. She claims she submitted an order to Ardyss. It has been over a month and I still have not rec'd my new garment. All she says is it has been ordered and It should be here before the NEW YEAR!!! She will not reimburse my funds. either.

Attention to the handful of complaintes compared to the undocumented hundreds of thousands of satisfied customers. It is unfortunate that you have not had a good experience. It appears the experience is directly related to the distributor you choose to do business with and not Ardyss. Ardyss is an exceptional company that takes a high standard of pride in their product and satisfaction. Contact Ardyss directly to have your complaint resolved concerning your distributor. And remember, there are imitators out there posing as Ardyss products and they are fake.

I order a body shaper in Aug. and did nit get it until mid Oct. When I finally received it I couldn't...

I purchased an Ardyss Body Magict wo weeks ago. It is the short one, not the one with the crotch fasteners. I have a love/hate relationship with it. The garment rides up and bunches at my stomach when I sit down. It is H**L to fasten, and I have worn it 6 days/week for two weeks. It is the "right" size but still digs into my ribs. Some of the hooks are bending and pulling out already. I would not consider this a quality garment. It's a great idea, but needs some work.

By the way, I have a friend who has the full body magic about a year ago. She said it still takes her forever with all the hooks and eyes at the bottom. When I have to "go" I have to go! I'd hate to be fooling with the hooks and eyes. This garment was obviously designed by men who understand engineering but don't have a clue about women!

By the way, I only need to lose five pounds. If you are already close to your goal, you do NOT "drop three sizes." That is false advertising. The garment pulls in my waist and helps me stand straighter. I can wear pants that are one size smaller but NOT two or three sizes smaller. Also, it is totally pososible to slouch in the Body Magic.

brought a body magic from a this lady and after i brought it i ware it for 3 days and like on the 3rd day i...

I have more than 3 months I order this product and do not get neither my money nor the order that I put what...

I'm losing to much weight

I have been wearing the Ardyss Mens abdomen shirt and drinking the Levive juice and it has gotten me in trouble with my wife. I have lost to much weight. I was 195 when i started drinking the juice and wearing the shirt. Now I am scaling in at 169. She says its too much and doesn't want me to wear it anymore. If you want to loose weight quickly i recommend this shirt for any man out there looking to tone up!

or you can get a discounted one (call me at [protected])

Monika Long out of Norfolk, VA is a scam! I paid for a body magic system and never received it. She dodges my phone calls. She even went through the trouble of calling to tell me that my suit was in and that she was going to give a discount and then I never heard from her again. Now I have to try to find her address to take her to court to get my money back. And she has the nerve to say "have a blessed day" on her voice mail as if this dishonest, unprofessional person even knows who God is!

I was approached by an independent rep from Ardyss International about signing up under her. I declined that...

I am fairly a new ardyss distributer and already am having bad experiences with this company. I have several...

Ardyss
0
%
Doing nothing would be this company's favorite pastime, if they had the energy for it.