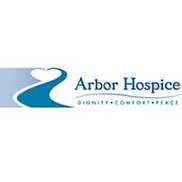 Having problems with Arbor Hospice?

Arbor Hospice was faced with the fact that certain patient had illegal social security numbers but admitted them to their service anyway instead of reporting the problem to the proper authorities. They also committed fraud when overcharging medicaid for services and used employees who were with the company since 1999 as the fall guys. They refuse to pay certain employees who were privy to this practice and then were fired. They refused to pay certain employees their last paycheck. They lied to Michigan unemployment falsifying documentation so they could avoid having to pay.

They concocted an agreement that stated upon ending of employment the employee would get their last paycheck when equipment is returned. However! Still illegally deducted from employees paychecks. When issue of paying last paycheck was pursued via governmental agencies (aka Wage and Hour division, unemployment agency, etc) Arbor lied to many governmental agencies about employees last days.

Arbor Hospice files false police reports containing lies upon lies to cover up their misdeeds. Lies about content, dates, etc. All of these claims are backed up by clear documentation. Black and white lies. They claim they need your donations and claim they are using donations for the sick and dying yet refuse many goods and services to the needy patients (i.e. incontinence briefs, etc.).

They have consistently and frequently attempted to squelch the truth coming out.

Arbor Hospice
100
%
This... this rating shouldn't even be possible. Not every mother cares about her own children how this company cares about their customers. Perfect!