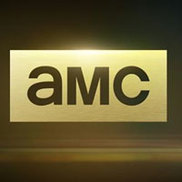 my cable company needs to dump this network

I tried to watch I am legend on AMC and it was awful. A hour and 40 min movie that turned into 4 hours and 30 min WTH.. Nothing but commercials. I called my cable company and told them I don't want AMC … I went out and bought the movie for $5 dollars. How can the FCC approve of this kind of craziness. I don't pay my cable company $200 a month to watch nothing but commercials.

I am a employee and very dissatisfied with the management at the AMC here at tulsa ok location. The staff his unhappy therefore the guest will be unhappy. The staff is not being...

Hello, Recently my children and I visited the AMC 18 off lynnhaven parkway to go to the movies. I purchased the tickets for our children. I asked for a 7pm movie time however...

I am disappointed that you have taken the stance to let Chris Hardwick go on a allegation. What happened to giving the accused his day in court. The accuser can say anything and it is automatically believed.

With all the accusations coming out, I believe it is a dangerous path that you are taking by not finding out the facts and making them prove it.

I am a woman and know women can be vindictive. Sometimes life deals you a bad hand and you have to live with it.

I encountered a issue with a employee compromising my stubs account and was seeking help from the guest services for solution. The employees have an attitude and looks like they only know how to do one thing and just that only one thing, unwilling to provide customer service and rude. I spoke with the "Senior Manager" named Henry and he have a terrible demeanor as well. He and his employees tried to be a smart [censored] act like they don't care. By job description the manager is supposed to train and manage employees. Henry held zero accountability on the "thousand of employees" that he is supposed to oversee and made zero effort to help resolve the issue. I think by telling me his title and try to act important would resolve the issue but it doesn't fix anything. Title comes with responsibility and I am wondering if he just sits in the office and does nothing all day

I have a lot to say because in my mind there is a lot to complain about. 1/ It is Remembrance Day time, other channels are Saluting our brave soldiers in proper style. AMC, has FightFest Week, showing Jackie Chan movies along with other Remembrance Day specials like Godzilla and Kung Fu movies coming out of my rear end. Are you Frigg'n kidding me? What the hell does Jackie Chan( and I love Jackie but there is a time and place) have to do with the History of the horrors of war? Really who is the program director? It is so appalling it makes me sick. 2/ Saturdays from 6:00 a.m. to at least noon, used to be Cowboy Saturday, something I looked for to all week. The Rifleman in the morning followed by at least one, maybe two Westerns, fantastic. Today Nov. 14 2015, Jackie Frigg'n Chan. After a whole week of this kung fu he is now a cowboy pretending to be the Rifleman. I cannot believe that you're higher ups don't see this obvious set of blunders and either fix the problem or fix the problem and ditch your current program directer. It is so bad, so obvious, I cannot believe that I am the only one to see this crap and it is crap. 3/ This is just on a personal note... How many times could you shot, spear or sent a arrow through a Zombie's frigg'n head, have it gurgle, and wiggle and spew crap from their mouths episode in, episode out. And for some reason this there could be a nuclear holocaust and for some reason this absolute piece of crap show never misses air time, My god you go from a master piece like Breaking Bad to the plot lacking, scene regurgitation, piece of utter crapola of The Walking Dead, Fear The Walking Dead, Talking about the Walking Dead. I have read several complaints over the years and I hate to say it, but I agree with the majority of it, but this utter atrocity, by basically ignoring Remembrance Day, weighs much more than registering a complaint. Enough of the ridiculous fight fest and get back to sanity in your programming.

Commercials aired during movies showed by AMC rated for childrens view are sometimes for sexual pleasure of adults. Please do not aire these commercials during child content...

The commercials on AMC are out of control, I was watching the walking dead marathon, at first it wasn't bad a good 15 minutes would go by before a 3 minute interruption half...

We were happy to see White Christmas playing on AMC at about 8:30 PM on Wednesday, December 19th. We were excited to point out to our children the famous faces of Bing Crosby...

I find it very annoying that when a commercial comes on the sound gets very loud and I have to run for the remote to turn it down and then when the movie comes back on I have to...

My wife purchased a diet coke and popcorn, but got a regular coke instead. I left the auditorium to get an exchange and was denied! I asked for a manager and he had to authorize...

On July 7, 2012, AMC theatre in Mission Valley San Diego played "Prometheus" with defective sound like a bad Jack in the Box drive thru speaker, and did nothing to try to fix the...

amc used to be my favorite theater. now i go maybe once every 3 months as compared to twice a week. everyone is saying the same thing but they are not llistening. we don't want food or reserved seats -- we want reasonable ticket prices. and now they are charging for their cards --PLEASE

Recorded Pitch Black and Chronicles of Riddick and movies were swiched. Thats really great when you invite people over to see the two movies and the second movie is the first one they see. Good job AMC ! Just starting to catch on to your shtick and you have to go and mess it up with everyone I show the movie to. Why??? How???

The current commercial that is being played on AMC channel is out of line! This show that our nation will becOme one that falls to another nation. There are other ways to show this besides putting China as the leading nation. Patriotism should be upheld by channels that are viewed by majority of Americans. This commercial should be taken off air!!

The volume is low on the channel, while the movies are playing, and it has to be increased. When the commercials come on, the sound volume is very loud, and very annoying. I will be glad when the new laws will stop this deceptive practice, that this and other channels are using for advertisement purposes, instead of customer enjoyment.

This is the second of complaints regarding how the AMC network doesn't care about their viewers. The original posting of the complaint can be viewed on this site at...

I saw a movie 5/29/10……… The movie was Letters to Juliet. The 1:10 showing. During the movie I heard constant laughing. It was really rude and it wasn’t even during the funny parts. On top of that someone’s phone was ringing during the movie. Also on top of all of that people were taking pictures and videotaping parts of the movie on their cell phones. Also people were talking and making loud noises during the movie. So after that horrible experience in the movie theater I don’t feel I should ever go back. I think you Amc should in force the rules more and make sure NO ONE is like the people that were in the same theater I was in were like. I am very disappointed in how my trip to the movie theater was so terrible. Now I feel like I want my money back and I wasted 20 to 30 dollars for my family and I to go to the movies today.

Throughout the film I have been watching (Mad Max), AMC, in its questionable wisdom, obliterates the bottom of the screen with a full-width banner ad for The Matrix or The...

Every time I watch anything on AMC they are CONSTANTLY pushing adds for the series "Mad Men" on the audience. The commercials for this show are sexually explicit even to the point of putting a half naked female walking into the lower left hand corner of the screen DURING the movie that my family and I are trying to enjoy. This is so offensive to me and my family!!! We are so offended by these adds which are continuously running repeatedly though out the evening, we have vowed NEVER to watch a single episode of "Mad Men"! But now it seems that to get away from these nasty commercials we need to end our AMC viewing. We refuse to be badgered by AMCs overly forceful and in your face commercials for this channel.

I know that I'm probably wasting my time sending this. Just because we have free speech doesn't give us the right to abuse and miss use it!

AMC Network Entertainment
0
%
Doing nothing would be this company's favorite pastime, if they had the energy for it.