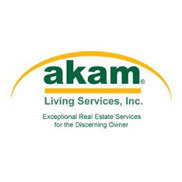 Having problems with AKAM Associates?

ComplaintsBoard.com is not affiliated, associated, authorized, endorsed by, or in any way officially connected with AKAM Associates Customer Service. Initial AKAM Associates complaints should be directed to their team directly. You can find contact details for AKAM Associates above.

Use this comments board to leave complaints and reviews about AKAM Associates. Discuss the issues you have had with AKAM Associates and work with their customer service team to find a resolution.

Akam Associates was the worst choice for my management. I live in a cooperative called Hillman Housing in New York City. My housing board with little oversight and input from their fellow cooperators chose Akam Associates as an ‘improvement' over our previous management East River. This was a huge mistake.
I have lived in Hillman Housing since 1980. I have had an ongoing issue in my apartment. There is a leak coming from the bathroom upstairs to down into my kitchen. There are internal plumbing issues. On October 12, 2020 water was coming down through my cabinets. Luckily, I was home and could put pots down. I called maintenance that day. They said that they couldn't doing anything about the issue because it was a holiday. I took off work the next day, after repeated calls the maintenance crew final looked at the issue on October 13, 2020. All the maintenance crew would tell me was "That's it (the water) is not running now - so it's okay" But this didn't resolve the overall issue. The maintenance did no investigation into the source of the leak, in total they my have stayed in my apartment for less than five minutes.
On Monday, November 9, 2020 an overhead light ( in the ceiling) blow in my kitchen. An electrician was called that night. The electrician got the refrigerator going but did not fix the issue because there was water damage to the electrical wires. The maintenance department again said that they would come and fix the plumbing first thing in the morning. After repeated calls to maintenance, I finally walked to the office at 11:45 a.m. and demanded that someone look at the plumbing. Again, I took a day off from work. The maintenance crew said the issue had nothing to do with the plumbing even though there was rust on the wires and the both the wires and the ceiling were damp. There are also water spots on the ceiling.
Akam Associates has refused to pay for an electrician to come and fix this issue which I paid $450.00. Nor have they done anything at all to fix the plumbing that caused the issue.
On December 23, 2020 there was a leak under my sink. Again, Akam Associates referred the issue to outside contractors. I paid to fix the leak with my own money $150.00.
In January 2021 attached to maintenance bill was this ‘Repair Char' of $1, 102.36. Akam Associates nor the Hillman Housing Board give any official notice of charges for maintenance in the building. There are no posted maintenance charges. Nor was I informed verbally or in writing of these pending charges for maintenance. Nor was I allowed to give consent knowing that there would be charges. East River Maintenance had never charged for maintenance in the forty years that I have lived under their management and they actually fixed and did repairs in apartments. Akam Associates refused to do any repairs and always referred me to an outside contractors. If Akam Associates were outside contractors, I would refuse to pay, they did nothing to earn the money. Five minute surveys of the damage are not repairs. What am I paying for - I had to get my own contractors in for a total of $650.00
Akam Associates in a leech onto my building. The overall maintenance the building has fallen and new ‘charges' are put onto the cooperators.

AKAM ASSOCIATES IS THE WORST FOR EVERYTHING ...CUSTOMER SERVICE, FIXING TENANT SITUATIONS, BUILDING...

AKAM Associates
Doing nothing would be this company's favorite pastime, if they had the energy for it.