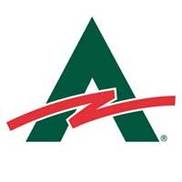 Having problems with Ace Cash Express?

refuse to give me a copy of cashed checks

I have tried three times today to get a copy of the checks that I have cashed with ace cash Express and wa...

Unknown debt with this company

received an e-mail at 4:19 today informing me that i owed an amount to a company called ace cash, and that...

they still didn't provide my loan

I want to advise other people to use the services of www.acecashexpress.com. We searched for extra money and...

they started to threaten me

I took loan from the company www.acecashexpress.com. I have already returned it, but the agents started to call me and sent emails. They also threatened me and asked to pay the loan back as soon as possible or they would open a case against me. I already provided the proof that the loan was returned, but they couldn’t calm down and continued to send fake threats. Abominable company and the right decision is to avoid them.

I took out a car title loan in oct. 2012 to pay for high medical bills (I have cancer) i fully understood the...

company did not send my payment to my frontier account

denied loans (when there's no reason to deny)

On July 27, 2010; I made the payment to pay off my loan, as well as the returned check fee for ACE Cash Express to what is now known as Midwest Recovery [protected]). After a year of not applying for a payday loan through ACE Cash Express, I needed to go through them again to get another loan, after being told last year by the Representative (Mr. Josey, Mr. Brown and Mr. Jackson) that I would be able to, and that the debt was now considered "Resolved, free and clear."
When I applied for the loan with ACE Cash Express on June 10, 2011; ACE Cash Express told me that their system still shows that I owe them money from last year. I have e-mailed the Recovery department five times now, with the evidence to prove the debt was paid off last year, even faxed the information via ACE Cash Express's fax machine, as well ; and they have done NOTHING to resolve it. However, Ms. Morgan Taylor and Mr. Richard Chin of Midwest Recovery stated, "If you pay us another $285.00, we'll waive the processing fee of $15.00 (which nobody ever told me about, that there was an additional processing fee)."
I showed them the evidence, and they refuse to remove it from my records or even clear it from my credit report (for nearly a year).
There were three transactions. in July of 2010 they took out the owed amount of $385.00. Three months later, they credited it back, BUT took it out again that very same day in December of 2010, after my bank account was closed. However, my bank clearly allowed them to get their payment, and NO further crediting was made after that point. I went out as far as January 2011 to see for any crediting or changes- there were no changes, even when I tried looking up information on my bank statement beyond January 2011. There was NO information, as my account was closed.
The evidence I have is only allowed in .htm format. I don't have the files that are in any of the respected formats, but I do have the files on my computer, in my home.

I went to Ace to purchase a money order in San Marcos Texas as I have an account with them. Not only did they charge me $1.79 for the money order, which is fine, they charged me an additional $3.00 and the kicker is, they charged me another $10.23 for a convenience fee? Convenience fee? I could have gone to my local grocery store and purchased a money order for a flat fee of $1.79, and they refuse to credit my account! I called Customer Service and they were no help! What a joke they are!

I cannot wait until Monday to speak with my attorneys to give them the blow by blow detail of the harrassement I endured with Ace over the telephone, they have stoop to a new low and their employees are now speaking out against them!!! Let the Lawsuit begin!!! Also, for those of you who have endured such treatment, make sure you record your conversation with them, and know that they have some knowledge of how to make sure their can be no claims against them for violations, but to some of them it doesn't matter, they will engage you in a huge agruement which only serves to proved your case and allow them to take their stress out on you.

I called them to let them know I was not able to pay the $300 loan back and need to make payment arrangements that could fit into my situation They said $100 down immediately and $209 in 7 days. Well that does not fit. I needed them to take $75/mo till paid. Their reply was no and we will do whatever we can to get the money back within the state law. Well, Hell. I am willing to give it to you! Just not as fast as YOU want it.

This company is not very customer oriented when you don't fit into the framework. They want your money but Woe to those who need a little more time to pay it back. They are pretty nasty folks.

The Company Ace Cash Advance or someone protraying to be a representative from the company called my relatives stating that I took out a loan with their company and never repaid them. They could not provide me with accurate information other than my name. They threaten to sue me for a loan I never had with their company and made threatening comments to my family members saying they would be in big trouble if they did not tell them my contact information.

at first it was just sixty dollars a week on thursdays or fridays and it wasnt so bad casuse it was right after payday but now its wednesday and its two sixty dollar withdrawls the agreement if im not mistaken was a 60 dollars a week for 6 weeks then they take out the whole thing please help.

Ace Cash Express has employees in their collections department that go far and above RUDE, OBNOXIOUS, BULLYING, THREATENING, and HARRASSMENT. Even when you have produced payments, this type of activity continues.

I specifically told them not to call on my job and they continued to do so. I am presently speaking to a lawyer regarding this matter.

STAY AWAY FROM ACE!!!

I got a loan from Ace. I paid down and had to take it back out several times. The last time I paid down the...

Ace Cash Express
0
%
Doing nothing would be this company's favorite pastime, if they had the energy for it.