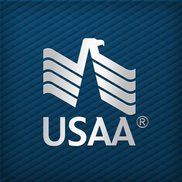 I have been unable to obtain a fair settlement for an automobile accident that occurred on Dec. 21, 2019. My...

USAA Auto Insurance has performed miserably I have been a USAA member for 43 years and paid a premium for all...

refusal to take payments over the phone

My husband and I have a cancelled credit card through USAA. He is the primary user and I am listed as an...

Hastily pre-approved for a mortgage without completely understanding my situation. Do not hear from them...

Veterans need to stay far away from this company at all cost. They promise you the world at a low cost, but...

bank operation on gossip not documents

I had established a new bank account to use for my online buisness. So after some searching i decided to go...

Usaa has a habit of charging nsf fees on unauthorized charges, and when you call customer service to fix problem nothing is ever done

I had insurance, and currently have Banking, a auto loan and Credit Card through USAA. In the past I was not the best at paying my Insurance on the exact date that was posted. But I did always pay them in full for what they wanted. Never had a problem until earlier this year when they decided that because I was not paying them in full. (Witch I know was my fault.) That I can no longer have access to my Bank, Credit card and Auto Loan online. In fact now all I can do is call them and wait for 30-40 min jsut to get a account balance. Since then I have taken my banking els wear. But what the hell, ok I understand the insurance and such. But I have always paid everything... especially the insurance before then policy period ended. My COMPLAINT here is why am I being treated like a second rate customer.