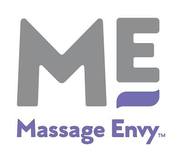 It's the same story I have seen all over the Internet. I am not the only one by far who has had this happen. Massage Envy takes out $49.00 per month out of my checking account for each massage. If I happen to not get a massage treatment in a given month, it accumulates. Like roll-over minutes on a cell phone. I had a dozen or so after a couple years that were prepaid and I could go into Massage Envy and use it and pay only for the $15-$20 gratuity that they shamelessly put on signs for their clientelle to follow. I am one for tipping, but don't tell me what amount I need to tip. That is just rediculous. Anyway, after a while, with the economy and all, my business wasn't doing well at all and I had to cut back on a lot of things. I asked them what I could do to get reimbursed for the massage treatments that I haven't used. They said that the only thing I could do was to put my account on hold, so that more auto-withdrawals wouldn't come out for 6 months. However, after that six months, the auto-withdrawals would resume. I told them that I didn't forsee my financial situation being any better in 6 months, and I would just like to cancel my membership and get the money back for the massage treatments that I had not used. Nope... That was not possible. "That is not our corporate policy." I was always told. So, I just decided to put my membership on hold as directed and wait to see if in 6 months I could begin reusing my prepaid massages. Basically I have repeated this process 3 or 4 times with them and they tell me everytime the same thing. If I cancel I lose everything. Stupid me, I kept putting it on hold to see if I would be in better financial situation later, but my financial situation hasn't gotten any better. Each time they would begin taking the $49 out again, I would usually get a few overdraft fees to the tune of $35.00 each also. It has become a nightmare because I am TRAPPED into this thing that is worse than a credit card with high interest. The way they have this scam set up makes it so that people using their service can never cancel their membership and get all the money that Massage Envy has auto-withdrawaled from people's bank accounts. Unless we want to just cut out losses, but that is rediculous and a SCAM. After years now, I have 30 massage treatments credited to me that I have prepaid for by way of their auto-debits that yes I signed up for, but could no longer afford to keep doing because my budget couldn't even afford the tip to give the therapists. I called the Better Business Bureau and have submitted a formal complaint. Massage Envy responded by saying they would give me 4...FOUR!!! gift certificates for $39.00 that i could use. WHAT ??? I told them they were going to have a law suit on their hands if they didn't give me back my $1, 470 that they still have withdrawed from my checking account that I haven't redeemed. I still haven't heard anything yet, so who knows what I am going to do. Plus, I could really use my money back at the moment with this economy. I don't know what to do next. I hope the Better Business Bureau can do more than just but a bad report on them. I really hope I am not going to lose almost $1500 in this deal. It is my money. I have not received services for it because I cannot afford to go in. I suppose I could go in and get massages and not tip the therapists... I could use my massages and each time stiff the massage therapists and not give them a tip. But I can't do that. it's a moral thing with me. I have worked in the service industry before as a massage therapist myself and as a server and as a valet and bellman. I just couldn't in good conscience stiff the therapists. They work hard and deserve a gratuity. I just wish corporate Massage Envy would take that policy away. It is really a terrible and almost unlawful policy. So many others have had this same experience, including them showing up for a massage and having prepaid massage credits and Massage Envy won't let them get a massage until they give them a new credit / debit card if the one they have on file has expired. Even if the person has credits for massages built up. They won't let the person use their credited massages until they submit a new account number that they can auto-debit. These people are criminals in my opinion. SCAM.