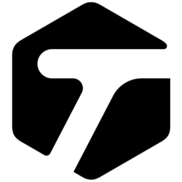 To whom it may concern,
I started playing the game of pets on tagged.com website. I was a proached by a bigger player infroming me that he is the number one team in the game. I did check around and he was on the top browser in the game. At the time Rose Addicted which is the name he gose by told me he was a mother with 2 children we spoke for a while and i decided i will purchase the gold to be raised through him. I did not know at that time he was not allowed to sell gold. and he Yousef Safa i found out his name after 8 months in the game. was not a part of tagged company. Yousef would send me message telling i have to be raised and it would take a 100 to 500 to be raised. I did for a while seeing that i and my kids played the game.. I found i was being charged to much money by this person so i sent a message to Tagged Company informing them of the transaction i made with this person that was posing to be part of their company..Tagged in response sent me back a reply saying what ever happen out side of the company they can not do anything about it. I sent another message to tagged via email saying that the person is using an pay pal to solicit cash from the members on tagged site saying he is part of tagged company and carrying out deal on their website. I decided not to pay Yousef Safa anymore of my cash he inturn set the profile that i spent so much of my hard earn cash to free.. I ask Yousef Safa to return my cash to me. Because he misrepresented himself. And he would not so i am Now Reporting this Internet scammer. Who preys on new players on tagged website.